Screaming Turkey: Take A Ride In A Roaring C1 Corvette Racer On The Banks Of Daytona – 360 Degree Camera Bonus Fun! 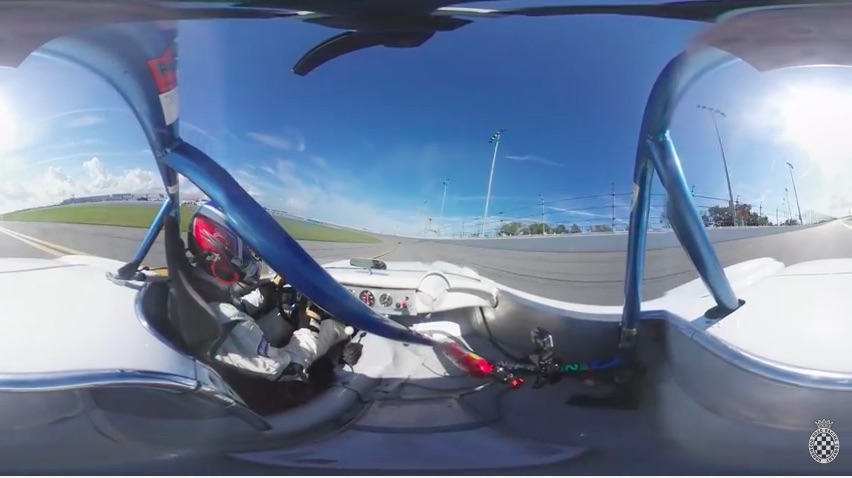 We live in interesting times. Not just because of the craziness that happens in the world around us each and every minute of every day but rather because we can take things that are olden awesome and effectively enhance them with awesome modern technology. Such is the case with this video. We have a vintage road racing C1 Corvette that has been equipped with a bad ass 360-degree camera and filmed running full bore around Daytona International Speedway. This was one of the slower cars on the track and was apparently the oldest thing at the event and what the benefit of that is, especially with the 360 camera is that you get to see the faster and more powerful traffic approach and overtake. It’s pretty fun. That and the snarling small block in the Corvette sounds world class.

This is the type of road racing car we can see ourselves in, figuratively speaking. The thing looks fun as hell to drive, it is not overly complicated we’d have to imagine, and while it is not the fastest thing in the world it has soul and character like nothing else that was on the track blowing past it.

Under clear blue skies, rowing a small block for all its worth, and clipping the apexes of the corners. What in the hell is better than that?!

Moist Turkey: Rooster Tails And Race Cars From The Imola Classic! Hefty Turkey: Ride Along Inside Of A Peterbilt On A Run At The Rodéo du Camion Semi-Truck Races!