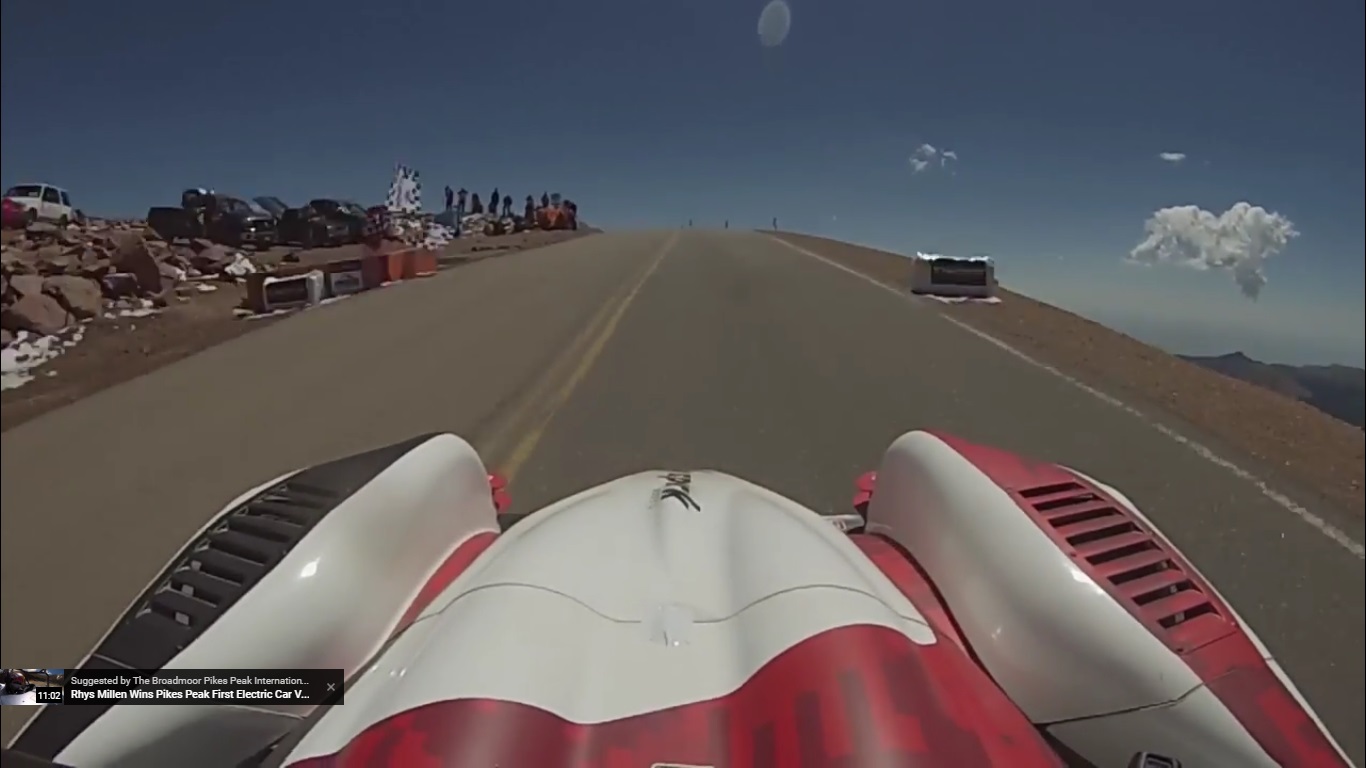 Fresh off his share of a surprising and dramatic 24 Hours of Le Mans victory with Porsche, French driver Romain Dumas jumped from a Denver-bound jet almost directly into his highly modified Norma M20 to take the overall win at the Pikes Peak International Hill Climb. That chalks up a pair of incredible victories in two of the most epic races on the planet in just seven days and we’re pretty sure without consulting the record books that nobody’s pulled off that double.

Dumas was first to go up the mountain in the car classes and his 8:51.445 time up the 12.42 miles of Pikes Peak asphalt was only the second sub-9:00 run in history  and the first since Sebastien Loeb’s berserk 8:13.878 run in 2013. The turbocharged Honda K20 engine—a replacement after an engine failure in Friday practice—in his Norma didn’t run out of steam near the summit, allowing Dumas to the ultra-lightweight Norma to his second overall Pikes Peak win, having won in 2014 with a 9:05 time. Watch Dumas’ run below.

Rhys Millen’s electric e0 ran up the hill immediately after Dumas and with his 8:57.118 run, Millen became just the third driver to best 9:00 u11:p the hill. That run also smashed the electric-vehicle record that Millen set last year with his own overall win with a 9:07.222 run. Tetsuya Yamano rounded out the podium with his electric 4-Motor EV, whose 9:06.015 also broke Millen’s record from last year.

Bruno Langlois was the best of the motorcycle riders, his 10:13.106 aboard a Kawasaki Z1000 couldn’t be topped. His Heavyweight class competition from rookie Rennie Scaysbrook was sufficient, but a bad third sector cost Scaysbrook and his KTM 1290 more than 20 seconds and possibly a win. Don Canet’s electric Victory finished second overall among the bikes with a 10:17.813.

A number of other records were broken this year, as they are every year, though the one you’re most likely to hear about for months to come is Blake Fuller taking a stock Tesla Model S up the mountain in under 12 minutes, shattering the old record by more than 30 seconds.