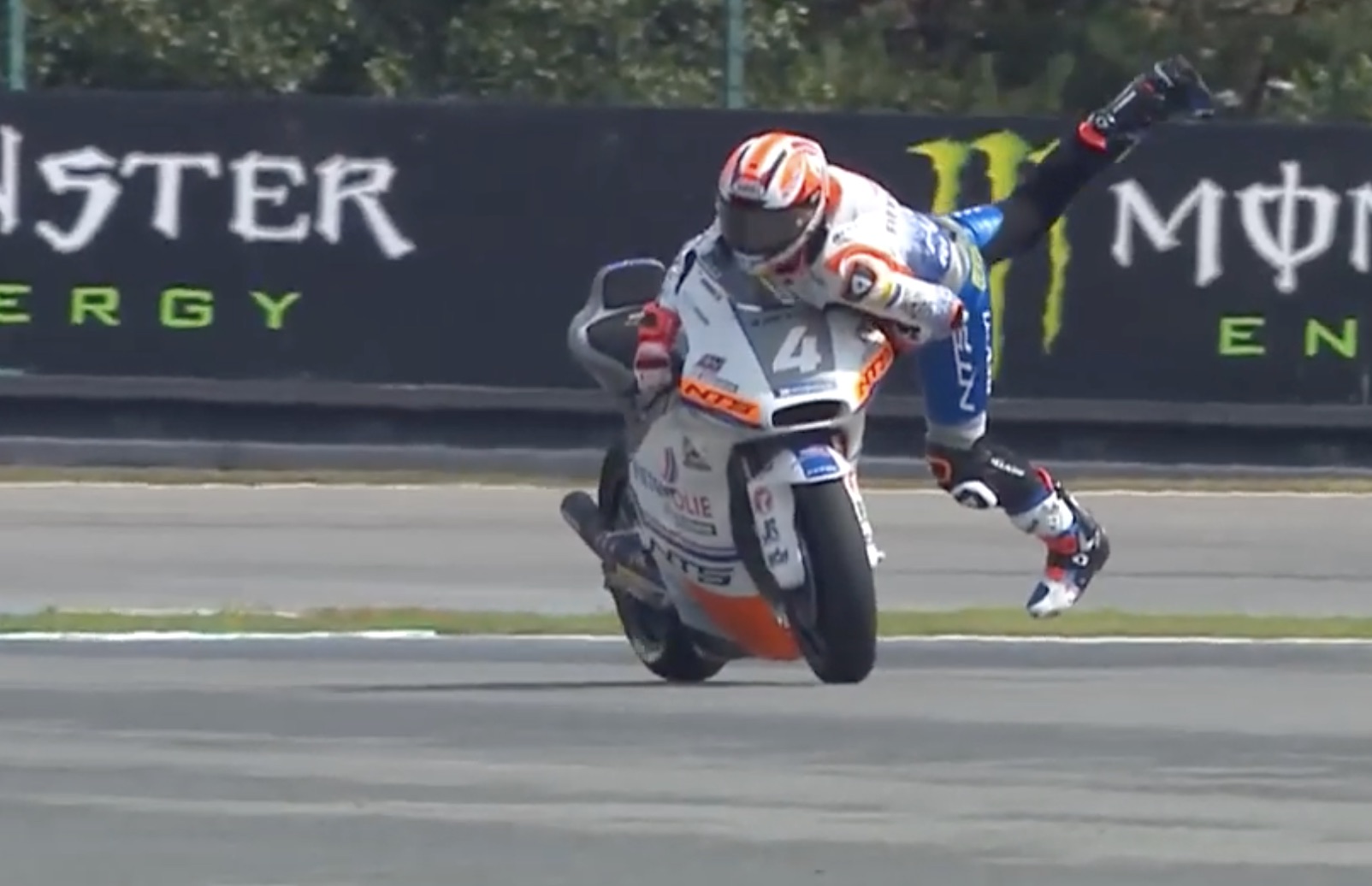 As a general rule of thumb, when you high-side a sport bike, you are going to become the human equivalent of the rock flinging out of Bart Simpson’s slingshot. That’s it, the end, start hoping for a soft landing. The bike will toss your leather-clad hide off of the saddle like a bull in a rodeo and once you come to a stop, you’ll probably be as sore as the poor cowboy who is holding on for dear life to that rope with one hand. But just like that cowboy, if you’ve got the strength, skill and if luck is on your side, you can potentially save it. That’s what Steven Odendaal did at the Czech Grand Prix a couple of weeks ago…during a free practice session, he highsided coming out of turn 13 and proceeded to put on a show for the ages, getting his feet underneath him and keeping his NTS machine upright.

Odendaal later told RWRacingGP.com: “It was an incredible save this morning. I hit a wet spot on the track and was launched. I have no idea how I did it, but I am happy that I managed to keep the bike going and got away without a scratch. Unfortunately, qualifying went less well and I am quite disappointed with the result. I expected that I would be faster in these wet conditions.”

The first video is a slow-motion capture of the grace he used to keep himself from being launched away from the bike. Watch it first…then watch the second video to see just how fast everything actually went down!

Your Moment Of Zen: Lead Welding Techniques - Proposition 65 Be Damned! Gravel King: Watch This Porsche 911 Safari-Style Build Get Worked Out On A Dry Lake!