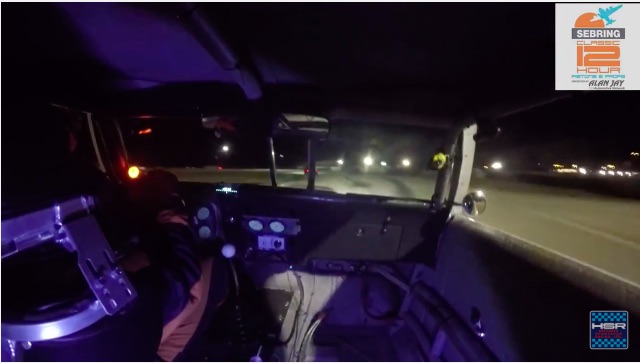 Let’s face it, the finest road racing videos are the ones where two drivers in closely matched cars are scrapping and fighting their way around the track trying to get ahead of each other. In this video we have Ben Beighton driving a screaming 1967 Z/28 Camaro and his foil is Todd Treffert in a 911 RSR. These are hugely different cars from the engines making the horsepower to the location of those engines in the cars themselves! In the kind of scene you’d be expecting the Camaro can really make some real estate up on the Porsche when ripping down the straights and the Porsche can scamper away and save itself through some of the corners.

That being said we’re watching the last two laps of a night session here and both drivers are leaning on their stuff pretty hard. The cat and mouse game you will see is really fun to watch, especially from the seat of the Camaro. We’re guessing more BangShifters are pulling for the Chevrolet and that’s fine but the Porsche is a pretty neat little hot rod too. The 911 RSR came about after the release of the 1973 Carrera RS. The objective of Porsche building the 1973 RS was to get their RSR race car legalized for competition.

The car was a bad ass and it started wining wherever it showed up. First was the 24 Hours of Daytona and then it was the Targa Florio and the hits just kept on coming. While they didn’t often find themselves in this type of a struggle with Chevy Camaros they are a worthy opponent for sure. With its engine in the back and plenty of power on tap, it takes a very experienced hand to race one of these cars and keep it in one piece.

So who gets the better of this battle? Watch below!

Super Sleeper: This Boxy Buick Runs 9s And Has A Box Of Tissues In The Rear Window For Losers To Mop Up With Watching This Big Rig Rip Donuts And Wipe Out A Fence Is Highly Entertaining, Unless You're The Fence