Listen Up: The Story Of The 1927 Dole Air Race Is One of The Most Tragic And Insane Missives In American Aviation History! 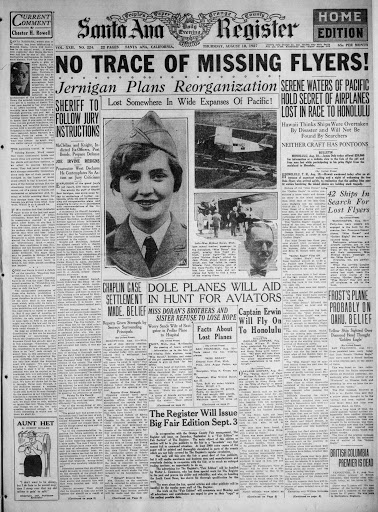 The 1927 Dole Air Race stands as one of the most bizarre and tragic events in the history of flight. Paid for by James Dole, the pineapple magnate, the race was designed to capitalize on the fame that came from Charles Lindbergh crossing the Atlantic on a solo flight.

The twist was that the people in this race were to fly from Oakland, California to Hawaii.15 airplanes entered the race and the death toll was nearly a dozen lives by the time the event concluded. The intersection of bravery, ignorance, fame, and the chase for big money all came to a head at this event and it helped to shape the future of American aviation.

Oh, it should be mentioned that the whole thing was rendered largely pointless just months and weeks before when multiple people completed the incredibly difficult flight across the Pacific ahead of the actual race. Th guts of the competitors can never be questioned but their preparation, experience, and expectations sure can be.