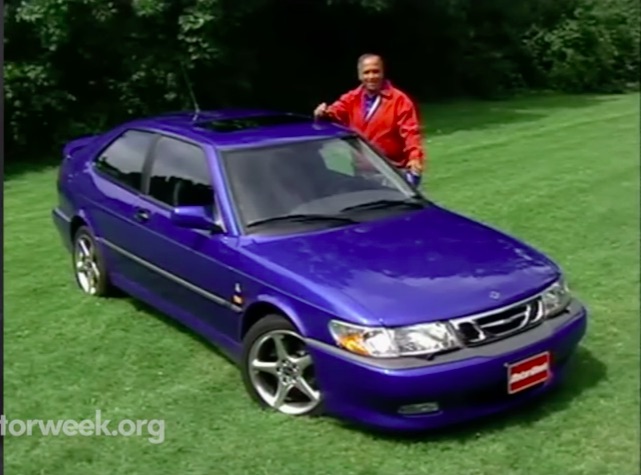 When I was a little kid, my parents had some friends come over to the house and they drove up in a Saab. This was the 1980s mind you and it wasn’t like Saabs were growing on trees. The car was kind of weird looking, it was kind of weird inside, and it was definitely not like the AMC Concord my folks had sitting there ahead of it in front of the house.

I can’t say I ever really fell in love with THAT car but the Saab brand had my attention and I always kind of liked reading about them in the magazines that showed up to the house each month. Fast forward the freshman year of college and the day I saw this bright blue Saab with some cool wheels, an aggressive exhaust note, and a kind of bad ass attitude. It was shortly after seeing that Saab Viggen that I began to read glowing reviews of the car in magazines. I wanted one! Guys were getting these things to tickle the 14s in the quarter at nearly 100mph, they said the cars handled like they were on rails, and that they were just interesting and fun cars to rip around in.

I had a 1982 Chevy truck with a 4-speed and a tired small block in it, a job that paid about $300 a week, and a bunch of smelly roommates. I did not have the near $40,000 needed to buy a Viggen. Alas, my fleeting love of the Saab Viggen passed on due to my own financial shortcomings. I had nearly forgotten about the cars’ existence until seeing this video and now I’m back in love again. Thanks, internet.

A turbocharged four banger, a stick, and plenty of ability to make loads more horsepower from stock make the idea of hunting one down and messing with it more appealing. Interesting.

Saab is a distant memory now, killed off in the calamity that was General Motors in the 2007-2012 time frame. The death of Saab is one of the great preventable automotive disasters in the history of the automobile. But that is another story for another day.