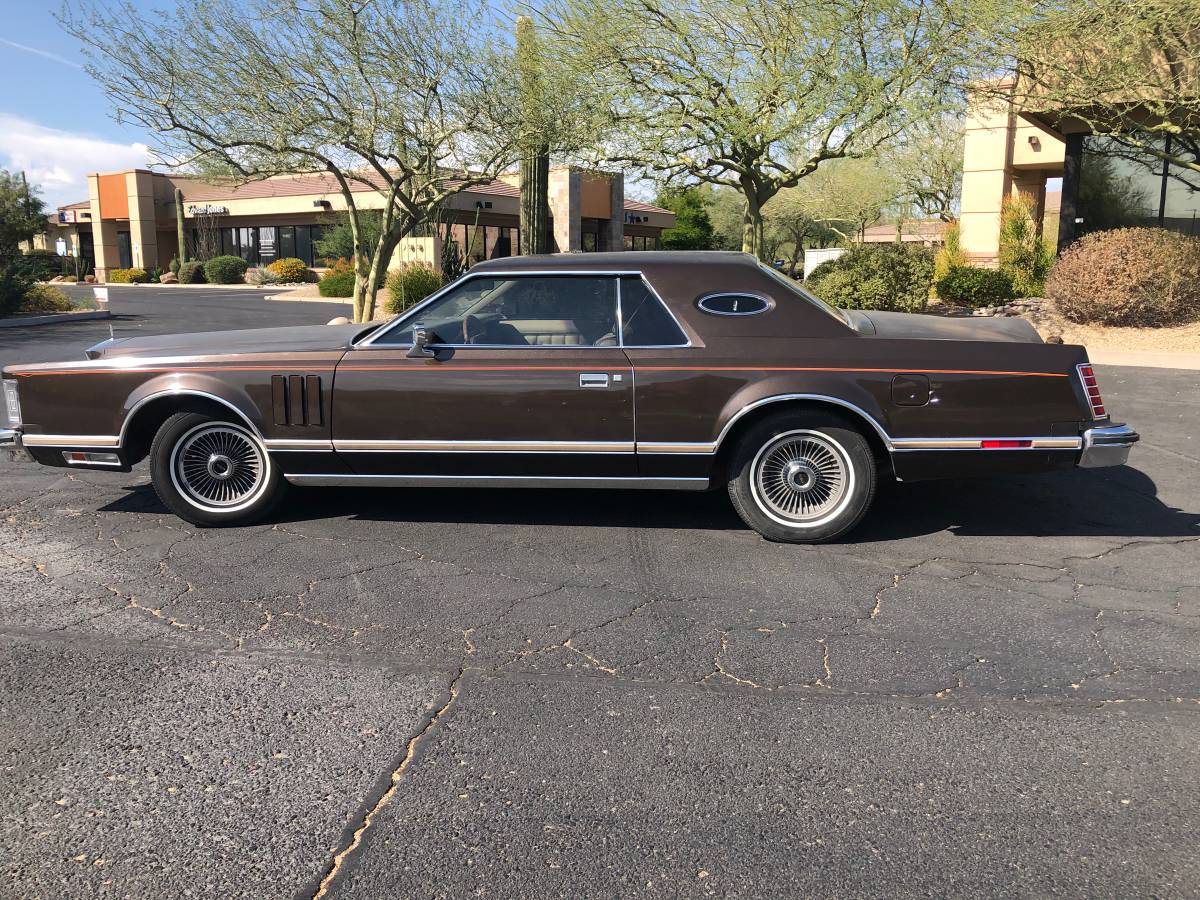 It’s almost weird to say but the Mark V was the best selling version of the Lincoln Continental with more then 230,000 sold between 1977 and 1979 when it was the flagship coupe of the Ford Motor Company. It was also the second largest car the company every produced with an overall length of 230 inches, only trumped by the sedan models of the same timeframe which came in a 233-inches. This particular car is in awesome shape and shows only the signs of some baking from the desert sun which has faded the brown paint. Yes, shocking, a car built in 1978 is brown.

This thing has really held up well. The interior is slightly worn but not bad, even the dash which is usually cooked out of desert cars is in decent shape and the seller claims that it runs and drives well with only 65,000 original miles.

The engine is either a 400ci 2bbl combo of the mightier 460ci 4-bbl. The 400 2-bbl engine was actually slightly “de-tuned” for better fuel economy and makes a paltry 166hp. The 460 makes a less sad sounding 208hp with a torque number of 356 lb-ft. Neither one of these things is going to blow your toupee off but that’s one of the parts of this car that would be so fun to mess with. Get the 460 built into a pump gas stroker combo that had mild cam and compression numbers but make torque like a cruise ship! It would be so fun.

What do you think? We love it.

Thanks to tipster “Otto Mattic” (we see what you did there) for sharing this link!

CL Find: Check out this 1978 Lincoln Mark V – aside from faded paint it is perfect 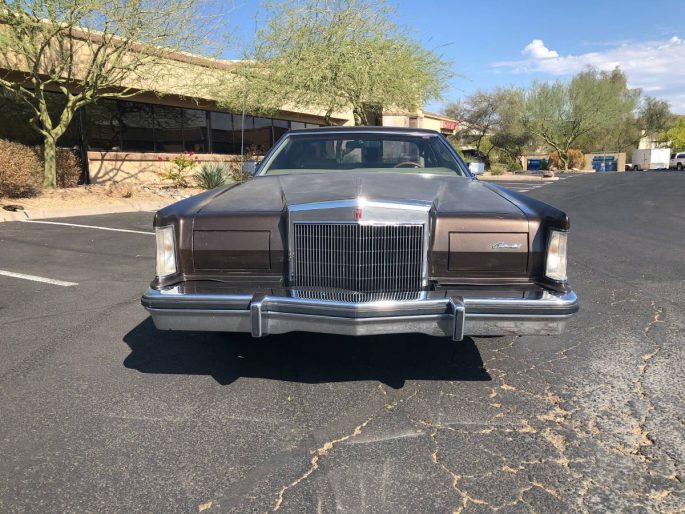 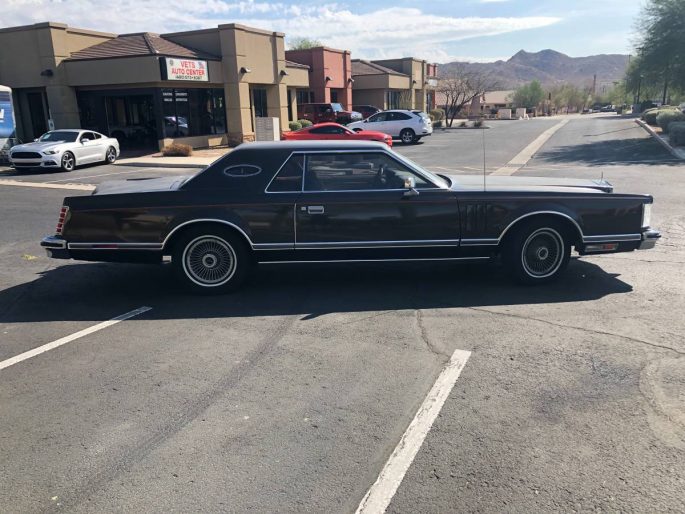 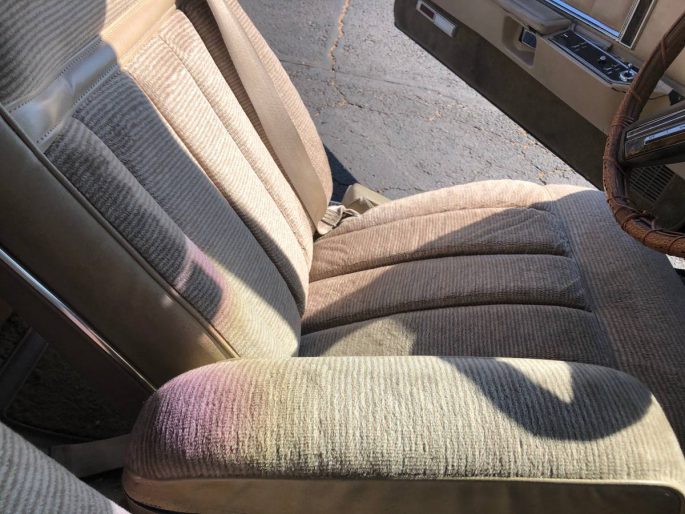 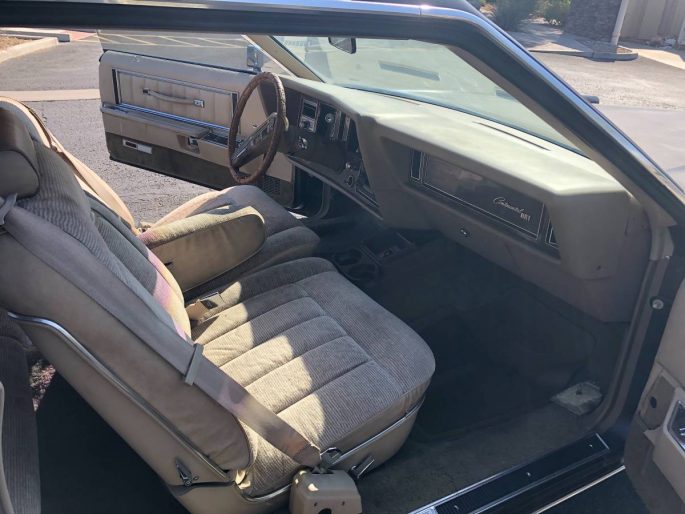 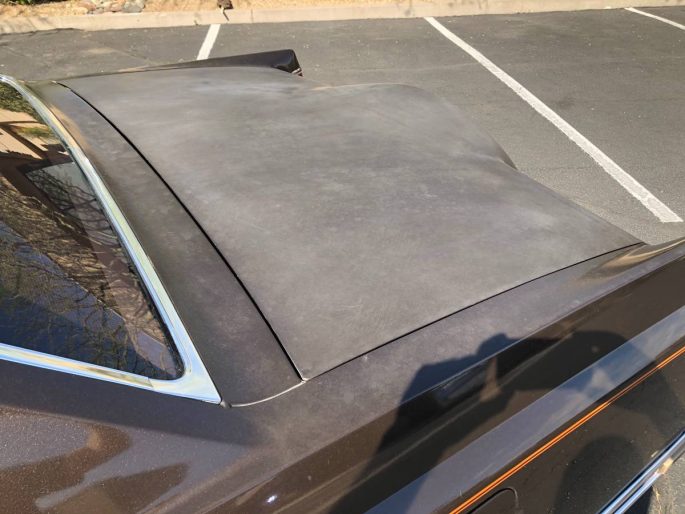 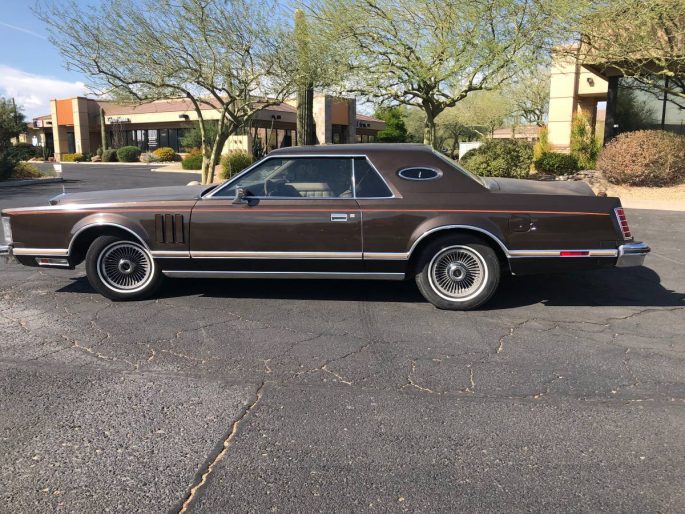 You KNOW You Want It: The Rubber Tired Rickshaw Is For Sale - Former Hot Rod Magazine Feature Car, Wacky As Hell Coming Together: See The Widebody Hellcat Magnum Wagon On Its First Rollout