The Ultimate Car Drive/Review: Running A Rally-Prepared Audi With The Owner In The Passenger Seat! 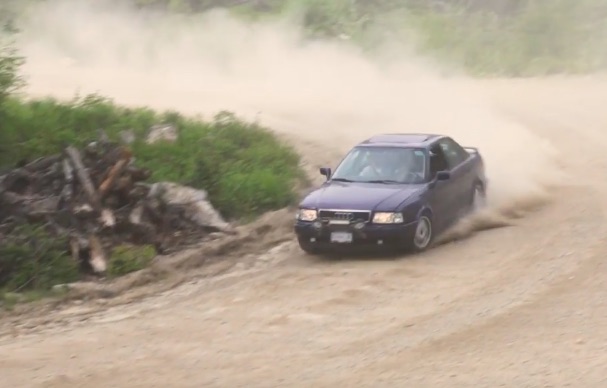 I don’t know about you, readers, but unless there is an outstanding reason for such an event to happen (like being drunk, in massive pain, or being dangerously tired) I find that being driven in my own car by somebody else to be rather unnerving. If I know who the driver is and trust them, it’s a little better, but if some random guy with a camera approached me and wanted to drive my car for a YouTube deal…well, unless it’s Mike Musto, Matt Farah or the Grand Tour guys, the answer would more than likely be a “nope.” Which makes this video all that much more cooler. Marcus from Roads Untraveled is getting to play wheelman with this early 1990s Audi, which looks like a riot on it’s own as he traverses a mountain pass near Kelowna, British Columbia. But in the passenger seat is Paul, the owner, and he looks cool as a cucumber, egging Marcus on. Would you be willing to ride shotgun as your car is being flung around some fire roads?

Cruise-In Gallery: The JDRF Cruisin' For A Cure Show At Bruster's Ice Cream In Bowling Green Best of BS 2017: We Found A Stowaway On Board, Captain...