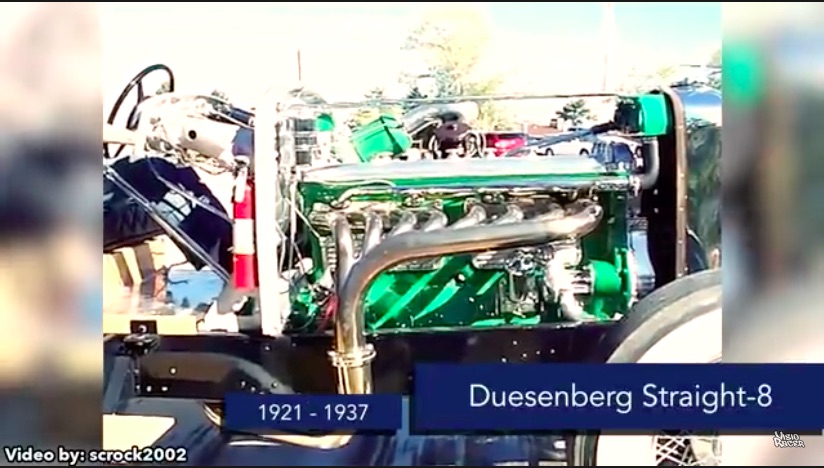 We always key in on the sounds of engines, right? Whether something is running good or bad, whether we have ever heard one run before, or when we know it is an engine that just makes that sweet noise we want to hear more of. Straight eight engines are interesting in the fact that one has not been made for automotive purposes for a long, long time. There was an era where the straight eight was the hot ticket for race cars and event for making smooth, torquey passenger car engines.

The smaller packaging of the V8, it’s ability to rev higher, produce more power for its weight, and a myriad of other reasons kind of doomed the straight eight to the sidelines of history. Thankfully, there are many old school mechanical heroes out there that keep these engines running in tip top shape.

In this video you’ll hear mean straight eights in old F1 cars, you’ll hear the familiar and soothing rumble of the Buick Fireball engines, and you’ll experience a few raspy sounds we bet you have never heard before. While a small block V8 wants to growl at you the straight eight has a sound all of its own. Because of the length of the crank they typically were not designed for a ton of RPM so down low they sound really mean.

Which one bellows the best here?

Drag Racing Time Machine Video: This 1965 8MM Footage Shot At The NHRA Winternationals Is Amazing! So Weird It's Cool, So Ugly Its Beautiful: The Alfa Romeo SZ Is A Strange Car Built By A Sometimes Strange Company