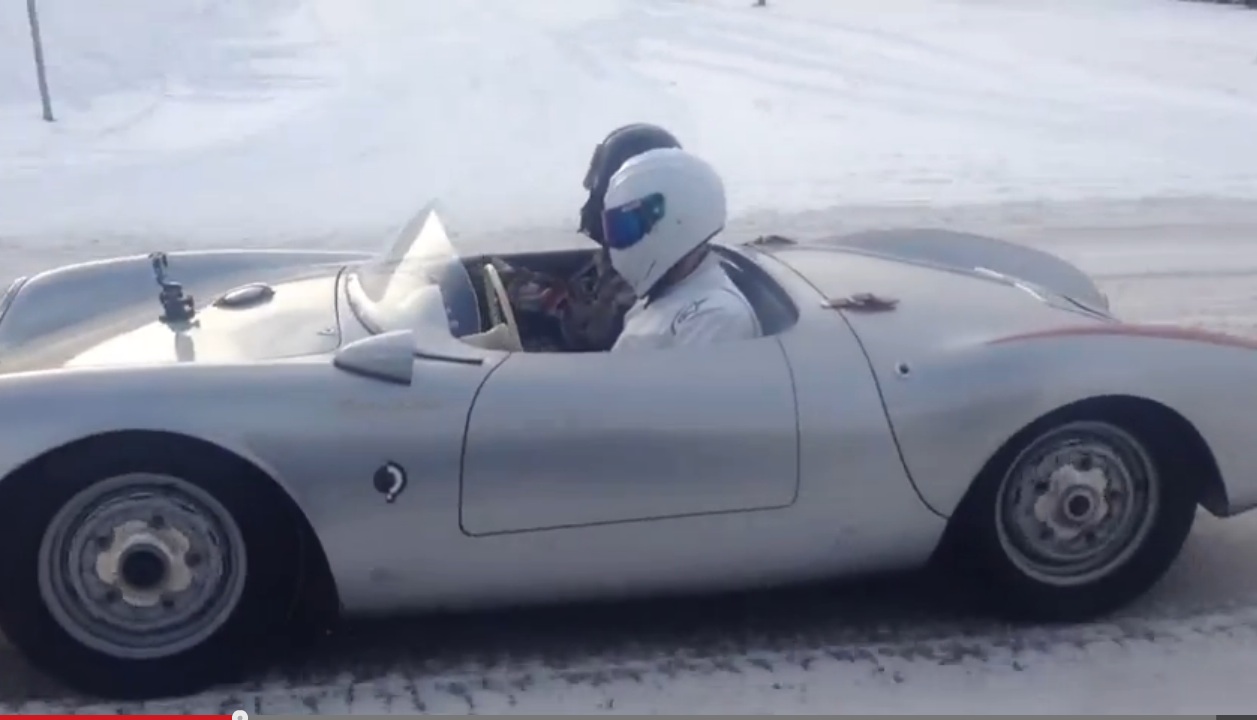 Canadian BangShifter Kody Rousseau shot the awesome and completely hilarious video you’ll see below while minding his business in Saskatoon, Canada. The guy was just rolling down a snow covered road in the passenger seat of a car when he looked over and saw The Stig rolling along with Darth Vader like they didn’t have a care in the world. The video is short, the video is sweet, and the video is awesome if for no other reason than the whole thing sounds like an intro to a horrible joke. There’s no point in rambling on so here’s Kody’s email that he tipped us off with. You sir win the internet today.

Hey guys, not sure if this is Bangshift material but thought I would share anyway. After receiving roughly 6 inches of snow in the past day here in Saskatoon, Sask. Canada a couple friends and I were on our way to Cabela’s. Last thing we expected to see was a exotic or classic car as they are usually already put away for a long hibernation and not seen until spring. Little did we know we would see a Porsche 550 Spyder on our main “cruising” street in Saskatoon. And to top it off it was piloted by non other than Stig and Darth Vader was riding shotgun. Talk about an awesome sight! Haha. Top Gear must be in between episodes and Comicon must be over with, lol.

Kody, we’re honored and a bit afraid that you shot this and immediately thought, “I gotta send this one to Chad and Brian!” — You are the man!

Is The New Nissan-based London Taxi Cab Obsolete Before Introduction? Maybe, If Lawmakers Get Their Way... A BangShifter Abroad, Part 5: The Ferry From Hell, The Book Written By Monks, And Seven Minutes In Heaven With A Stone