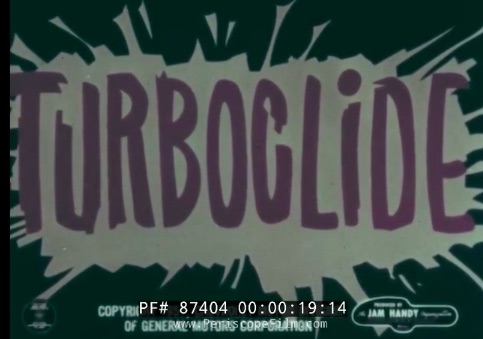 So wait a second, you are thinking. There’s the Powerglide and the Turbo-hydramatic series of GM automatics, right? What’s this Turboglide business you ask? In super basic terms it was a GM innovation that was basically a CVT transmission that used fluid rather than a belt drive to get a car down the road. This thing was not a multi-speed trans as much as it was a unique piece that had a five element torque converter in it which moved the car down the road. Introduced in 1957 and discontinued in 1961, it was plagued with problems when trying to live behind engines like the powerful 348 and was reportedly far less troublesome when being spun by 283ci small block engines.

In a normal automatic the torque converter is the device that sends power to the transmission where gears are whirring and the power is sent to the axle. In the Turboglide there were basically three “turbines” inside the transmission that sent the car down the road instead of the normal planetaries and other hard moving parts. Think of three staged turbines with the smallest being in front. That little guy got the car moving as it was “geared” the lowest. As it got whizzing up to speed, the second turbine would begin to turn and as it got up to speed, the third would pickup. It had to have provided seamless acceleration when it was working right.

The stator was controlled by the throttle pedal. It was set for efficiency until the gas pedal was decked which changed the pitch of the blades and allowed for more “stall” and more aggressive acceleration. There was also a retarder that could be engaged to slow the vehicle when rolling down a large grade.

A very interesting piece and while it would likely be considered a failure in the larger sense, it shows that there was some forward thinking in the halls of all the car companies in the 1950s and early 1960s. Technological risk taking is cool!

Watch a 1950s Chevy film for the Turboglide Automatic Transmission

Dumb Fun With Cars: These Guys Beating An LS2 Swapped Subaru Legacy Station Wagon Like A Mule Is Entertainment Harbor Freight Trailer Build: Fenders And More As This Thing Really Comes Together