Watch The 2014 Ridler Award Winning Rivision Built By JF Kustoms Pick The Kids Up From School, Blow Donuts, And Come To Life 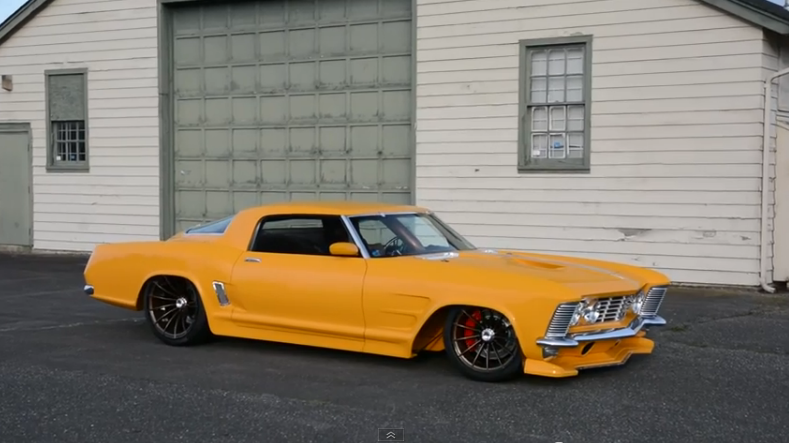 Rivision, the incredible 1964 Buick Riviera by JF Kustoms won the Ridler Award at the Detroit Autorama in 2014. The car is wild and polarizing in its style but it is unifying in the fact that any car guy with a brain in their head can recognize the incredible level of metal fabrication and even coach building that went into building the car. This video shows the car coming together in various stages of the build, it shows the car at the show and builder JF Launier accepting the award, and most importantly it shows the car being used….GASP…like a car! You’ll see the Buick pick the kids up from school, cruise on down the road, and even rip sweet donuts. Historically, Ridler Winners are commissioned by mega-bucks guys who take the car into their possession after it lives on the show tour for a while and then the car becomes a stationary piece of art work in their collection. We say historically because the trend has started to change, very much for the better.

Checkered Past the winner in 2013 became even more famous after the show because the guys drove it to cruise nights, took it to Bonneville, and actually treated the car like it was meant to be driven and to consume fuel, make noise, and delight crowds with its epic beauty. The whole concept was kind of foreign to the scene for a while. It has not always been the car as race cars and other stuff have been awarded the Ridler in the past but for at least a decade of two (prior to the last couple of years) Ridler cars were meant to be seen and not driven…or even started.

To us, this video isn’t about liking or disliking the car, the fact is that it won the friggin’ Ridler Award. It has been fully validated and recognized. The message we took from this thing is one of joy and relief. We have to imagine that for as long and as arduous as these projects and builds are, the builder much feel like the car owns him. Being able to hit the throttle, drive to school, spin donuts, and make smoke means that you own the car. Hell, we get a kick out of dropping the kids off at school in our old wrecker and the loud Caprice….we can’t imagine what it feels like to roll up in a flipping Ridler Award winner!

Thanks to Charles for the tip!

Redline Motorsports Put Their 2014 Camaro Z/28 On The Chassis Dyno - Hear It And See The Numbers In This Video Gearhead Guys You Should Know: John Schinella

6 thoughts on “Watch The 2014 Ridler Award Winning Rivision Built By JF Kustoms Pick The Kids Up From School, Blow Donuts, And Come To Life”