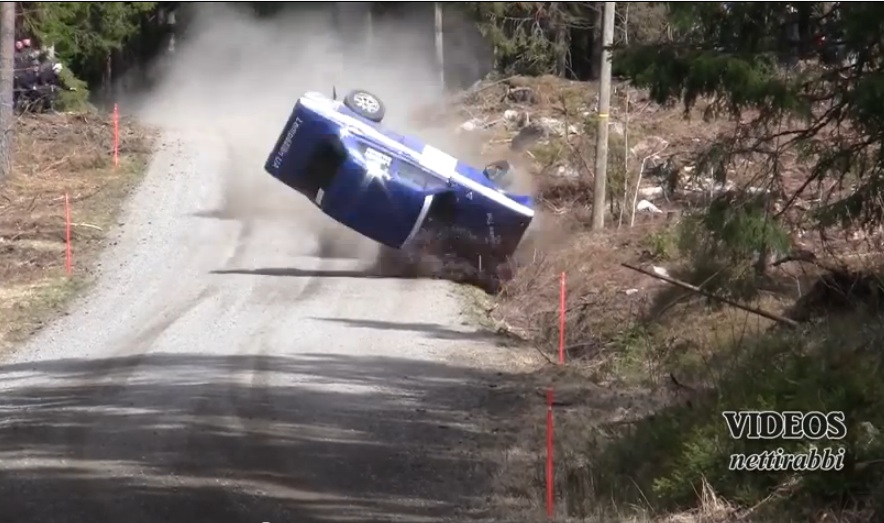 I have admitted my love for Mk1 Ford Escorts on these electronic pages before. I think their styling is awesome and they were used in all different forms of motorsports back in the day. The cars were notably successful in rally races and as you will see in this video, when things are going right in a Escort RS2000 Mk1, it is poetry in motion. The rooster tails of dirt, the controlled slides around the corner as the little 2.0L Bosworth engine screams and yells its guts out, literal poetry in motion. You’ll also see the flip side of that which is the terrifying end to this race for the driver and co-driver when they come over a jump too hot, nose the car in and then go for one of the most violent rides we have ever seen.

Like in every video where both of the people that should walk away do, there are some interesting things to watch here and they all happen after the crash. This rally happened in Finland and the Finnish fans appear to be smart enough to stand away from the race course because while you cannot see many of them when the wreck happens, they come pouring out of everywhere once the car stops wrecking. They help the drivers out of the car and then set to heaving the thing, with a rope and manpower, out of the ditch. Then the fire truck arrives and the video ends.

The fact that both of these men exited the car under their own power is a miracle in our eyes.