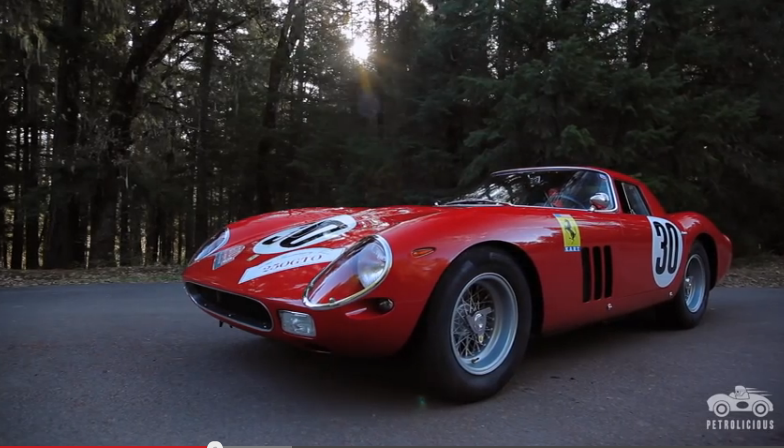 We often show you the latest and greatest videos posted on the Petrolicious YouTube channel because frankly they are typically awesome. From muscle cars to vintage stuff, and to today’s feature an incredibly valuable, beautiful, and rare 1964 Ferrari 250 GTO, they treat the subject matter right. In this case we have kind of a dual study in the form of the 1964 Ferrari 250 GTO and the guy that owns it, Derek Hill. Hill is the son of Phil Hill, the late and legendary racing driver that won the Formula One title for Ferrari in 1961 and stands as one of the great American racers on the international scene ever. Derek has had a successful career as a driver in his own right, winning a Ferrari Challenge championship in the 1990s and a Formula Dodge West Coast title in 1996. He’s a huge car guy, no doubt influenced by his dad who was not only a great driver but also an exceptionally skilled wrench that restored may classics and appreciated cars of all types.

To make an admission, the Ferrari 250 GTO is my ultimate dream car. 36 of them were produced, all are still known to survive, and they are literally worth 10s of millions of dollars. They are the most valuable collector cars in the world, pound for pound and they have sold for upwards of $30-million at auction. This car is the first “Series II” car produced which features a revised body and better aero, which were things that Ferrari learned how to improve on by analyzing the performance of the Series I cars. Evolution rules.

Anyway, there’s plenty of history in this video but the reality is that they let the car speak for itself in the form of Derek Hill really working it through some closed mountain roads. The V12 sounds absolutely rapturous as it gets wound up, shifted, down shifted, and hammered at full throttle. This is not some vide of a Ferrari 250 GTO idling around or being pushed by guys with gloves on. Nope, this is full bore, loud, fast driving excitement on the level I am not sure I have ever seen out of a “modern” video about these cars. I’m not sure what else there is to say other than to direct you to crank you speakers and prepare for the symphony of a vintage 12-cylinder Ferrari with six webers feeding it at full throttle and high RPM. Ohhhh, this is the good stuff!