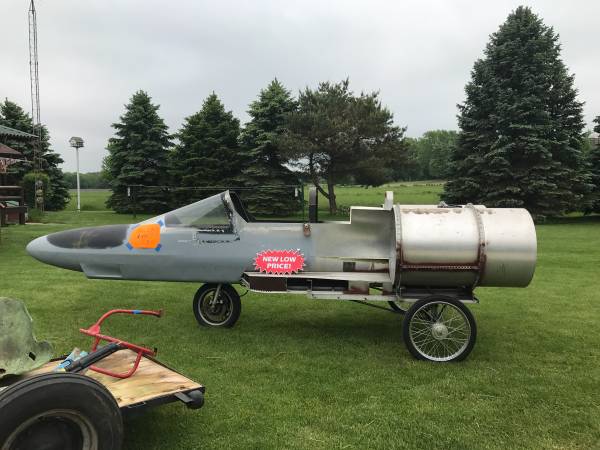 Well…yeah. We’re not 100% sure where we need to start with this one. The fact that it is called an “air car” and we have absolutely no idea what that is. The fact that it looks like a fighter plane which has had its man parts removed and replaced with stuff which looks like it belongs on an air boat or something. There’s a motorcycle fork and tire up front. There’s a set of handle bars to steer the sucker and there are a pair of narrow wire wheels in the back which look like they came off a mountain bike.

Motive action is derived by two 14hp engines spinning props and it sounds like from the wording of the ad, this thing isn’t exactly going to blow your toupee off at full throttle. People build weird stuff all the time, it is the nature of being a gearhead. We’re not taking a shot at the builder of this rig but we’re just blown away by the fact that it exists. This was someone’s vision and they made it happen. Hell, it may be fun to drive at 8mph on a flat road will a tailwind, right? Ok maybe that’s a stretch.

In case it sells, here’s the text from the ad:

Link: This Air Car Is Kind Of Like A Sad Plane That Cannot Fly Or Drive On Gravel 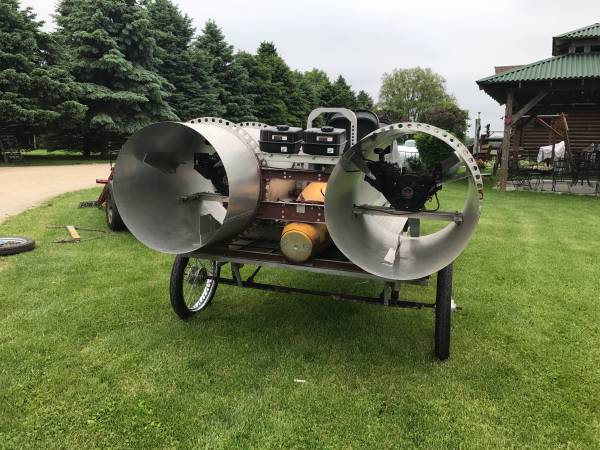 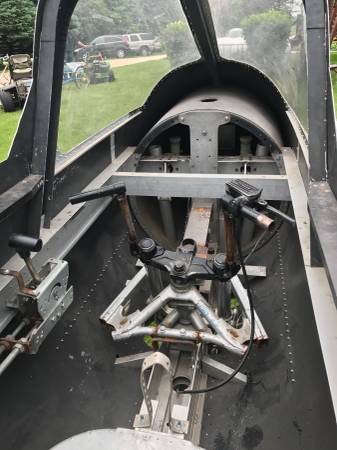 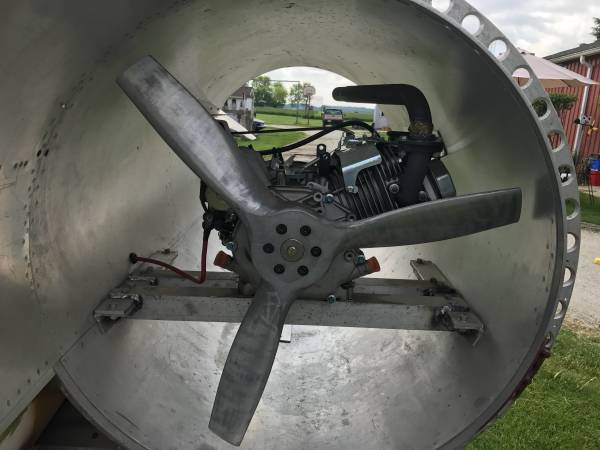 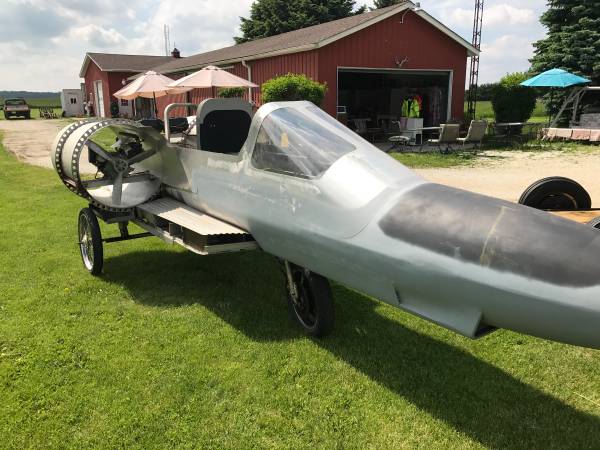 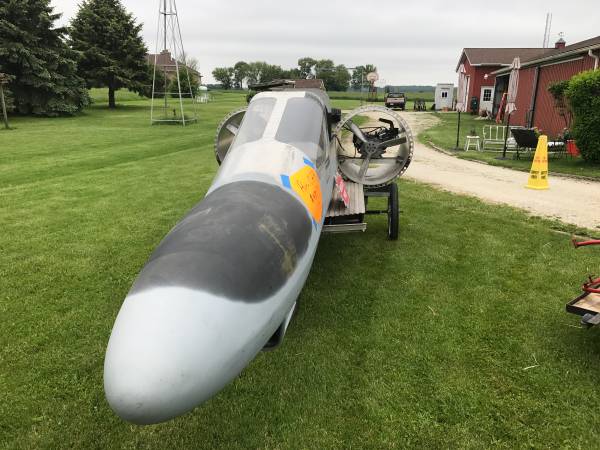 Mr. Gasket Now Offering Water Pumps In Three Different Finishes - Check 'Em Out! Weird For The Sake Of Being Weird: The Smoking Tire Checks Out A Merkur XR4Ti