Teaser Peek: Here’s What The Next Generation Toyota Tundra Will Look Like 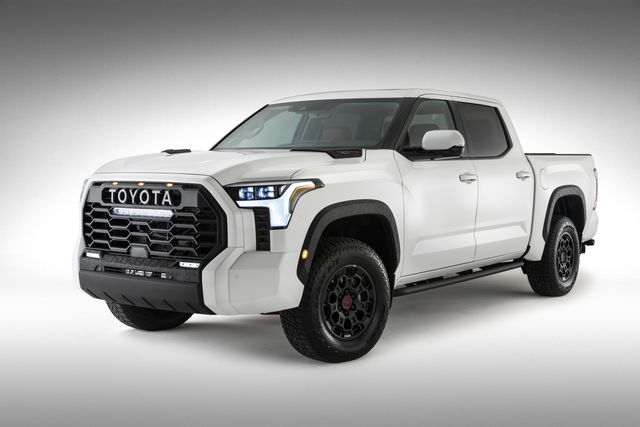 (By Tom Lohnes) – Well, that’s a look. After a few images of the all-new Toyota Tundra surfaced, Toyota decided to release two official images of the new Tundra to the public prior to its real debut.

Looks-wise, the Tundra is definitely different. The teaser for the truck released last month showed the front fascia, and it really looked like a wide, aggressive-looking competitor to the Ford F-150 Raptor. With the official images, I’m sad to say this isn’t true. The body itself doesn’t have the flared fender toughness of the Ford, and I’m not sure how it  really works with the aggressive front end. Speaking of the front-end design, I quite like it. The mesh grille along with the lightbar and orange marker lights look menacing, I only wish it worked with the rest of the truck

From the image we have of the interior, we really can’t see much. All we can see is the top of what appears to be a massive center screen and the windshield. Peeking inside from the official exterior image, it looks like a red interior will be available, so that’s cool.

After laying your eyes on this new Tundra, would you buy one? I don’t quite know yet, I’ll have to see the powertrains. 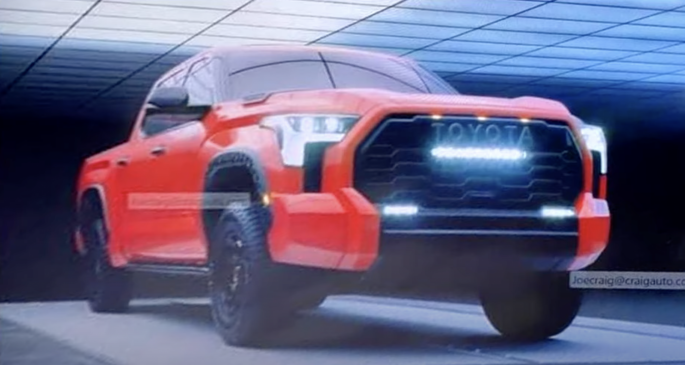 How Good Is Good: Comparing The Acura TLX Type S To It's Fellow Segment Competitors From Around The World Interesting History: This Study On The Evolution Of NASCAR Tracks Is Fascinating - How'd It Happen?

7 thoughts on “Teaser Peek: Here’s What The Next Generation Toyota Tundra Will Look Like”