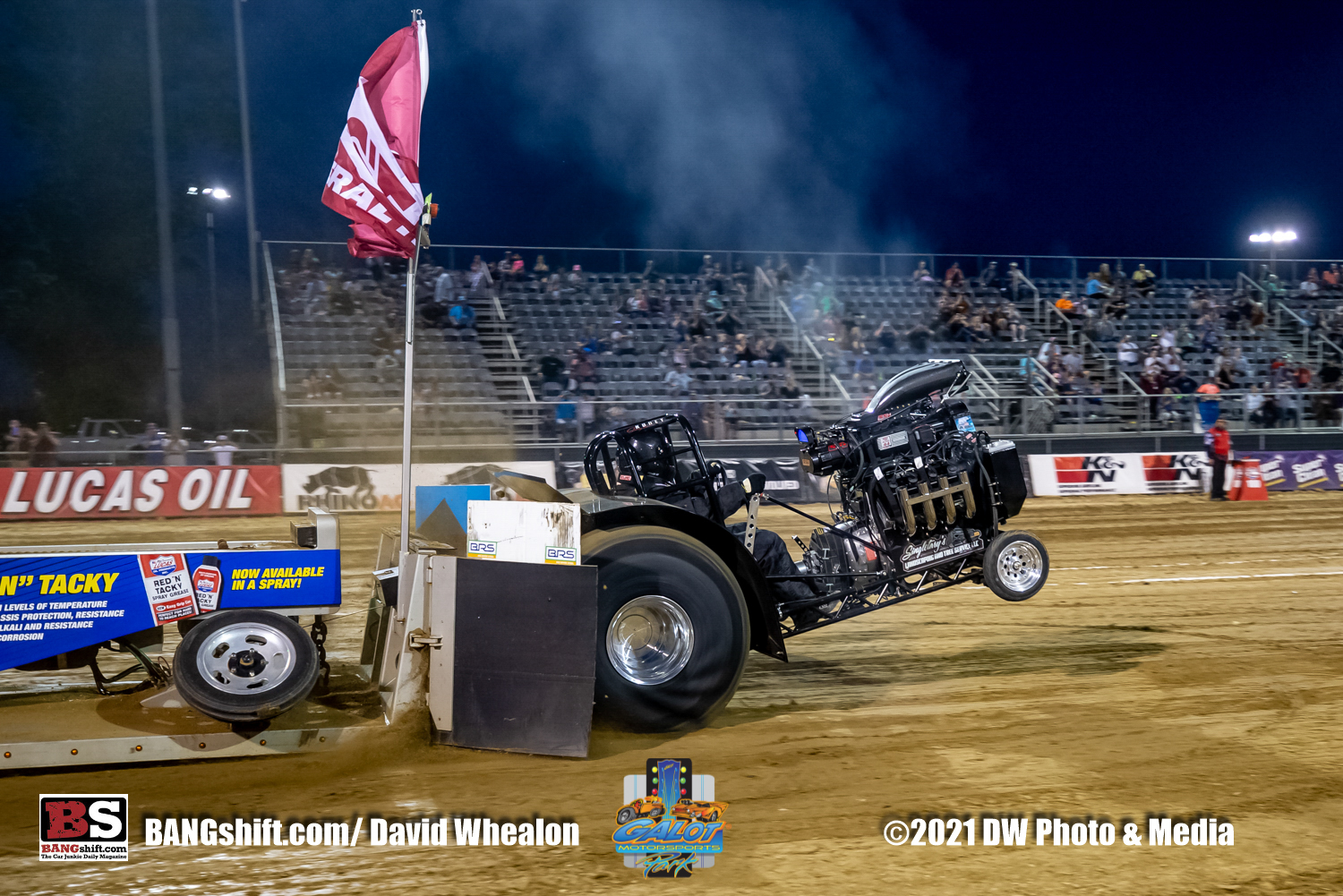 (Words and photos by David Whealon) – The lights have been out, the grass has been getting taller and the grandstands have been empty for nearly two years at Galot Motorsports Park’s magnificent truck and tractor pulling track. With thanks to the Lucas Oil Pro Pulling League and Covid restrictions being lifted in North Carolina, the PPL was on hand with some of the best pullers in the country that compete in their nationwide Champions Tour and Silver Series along with the member-state East Coast Pro Pulling LLC in the Mule City 300.

More than 100 big iron beasts were on the property to entertain a packed house of welcoming fans. The six classes of Super Modified 2wd Trucks, Mini Rod Tractors, Unlimited Super Stock, Super Modified, Super/ Pro Stock Combo and Light Pro Stock Tractors were challenged to pound the rejuvenated dirt back to life. With this being the first event of the PPL season the two nights of action was full of action and surprises. None of the classes failed to disappoint any of the thousands that were in attendance.

Some of the notables that swept both Friday and Saturday sessions were Russ Nichols in his Ford “On The Edge” Super Modified 2wd Truck and Austin Boyd on his “Lucas Oil Green Streak Limited” Super Modified Tractor. Interestingly enough Boyd lost one of his four blown Hemis in his win on Friday night only to perform an engine swap and claim the wining hook on Saturday night as well. The duel fuel class of Unlimited Super Stock where alcohol and diesel power were pitched against each other came out as a draw with Terry Blackbourn on his alcohol powered “Extremely Armed and Dangerous” CaseIH claiming the hardware on Friday night and the diesel smoker McCormick of Colin Ross’ “Triple Bypass” evened the score on a Saturday night winning hook.

What a weekend of awesome pulling action we had and hopefully for many years to come.

Only Two Days In And The 5-Window Essex Coupe Build Has The Windows And Top Going Together Already! Rumor Mill: Ford Is Developing A Factory Turbocharged Godzilla 7.3L V8 Engine