Boss Of The Bulldozers: This 1946 Caterpillar Film Is Awesome And Speaks To A Country Headed For A Building Boom

Oct 06, 2021Brian LohnesBangShift News, BangShift XL, HISTORIC, MISC, Videos, XL VideosComments Off on Boss Of The Bulldozers: This 1946 Caterpillar Film Is Awesome And Speaks To A Country Headed For A Building Boom 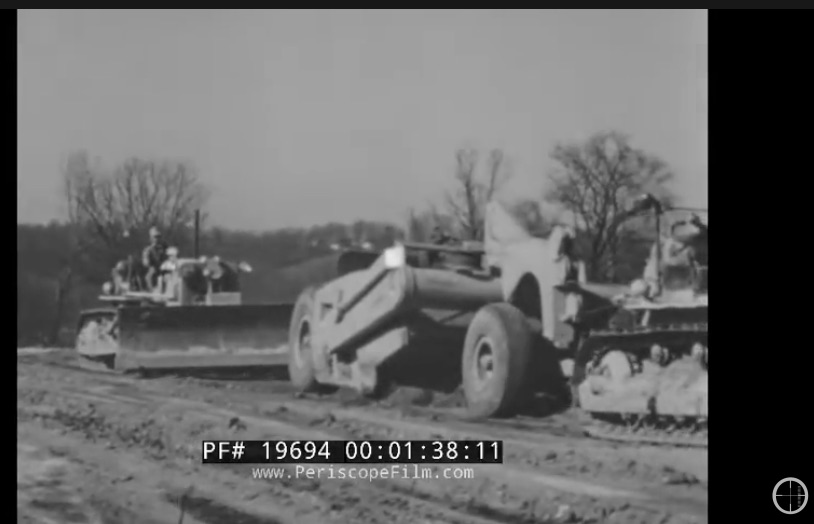 If there is one thing companies like Caterpillar knew coming out of WWII it’s that the USA was headed into a supercharged building boom. There would be incredible strides made in housing, road building, city development, and more during this incredible period of national prosperity. Caterpillar knew that the only way they were going to get their piece of the pie was to get ahead of it and make sure that their equipment was seen by as many contractors and builders as possible. This film “Boss of the Bulldozers” was likely their first effort on that front. Profiling the D6, D7, and D8 in 1946 meant that the guns of the war had barely cooled but the business of construction on was great to go nuclear.

Because of the many thousands of men who had gone to war and worked as engineers, Seabees, and in other parts of the construction phase of the effort, Caterpillar understood that appealing to them and making sure they knew that the machines were easier to operate than the older ones, more efficient, and would provide a more comfy workspace than they had in the Pacific Islands, Europe, or elsewhere.

This film not only shows the capabilities of the machines but actually outlines some of how they are to be used, how they are to be operated, and many of the uses that bulldozers had beyond the obvious. At this point a lot of companies made the tractors and others made the blades and attachments. Not this one. All Cat, all the time. They brag on it a lot for the obvious reasons.

Press play below to see this 1946 film from Caterpillar: Boss Of The Bulldozers