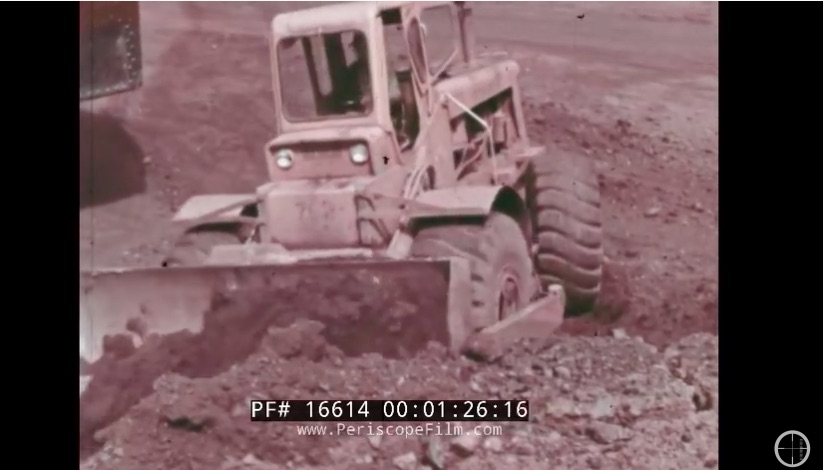 I think my love of heavy equipment mirrors my love of drag racing because both genres of machines were developed with pretty well reasoned purposes. Of course on the drag strip it is getting to the end of the track as quickly as possible within a given slate of rules. When it comes to equipment the object is getting the job done as efficiently and quickly as possible, no matter the circumstance. When you see something like a bulldozer at a mine you think, “how can this be made better?” Well in the 1950s the incredible engineer and thinker RG LeTourneau developed the first design for a wheel equipped bulldozer and through his own design made a really nice piece of equipment. The Clark company saw this and threw their weight behind the idea of engineering a better piece of kit than LeTourneau had done and their machine debuted in 1956.

The Michigan  wheel ‘dozer was a game changer in a lot of ways. The machine way faster in every respect than a crawler tractor, it was in some ways more maneuverable, and it had the ability to transit itself around massive mines and job sites. As you will see, it had plenty of pushing power as well. Sure, it may have given up some to the tracked machines but this thing could move the pile when needed and as you will see here, it was handy as heck in many different respects.

This video is part sales pitch, part training film, and all awesome if you love stuff like this. Watching these tractors work is fun but hearing about how they were available with Cummins or Detroit Diesel engines, seeing the different options and functions they had as well as witnessing them work as basically new machines is all the kind of things a heavy equipment lover can appreciate!

One thought on “Heavy History: This 1950s Clark-Michigan Wheel Dozer Video Is Awesome And Showed A New Breed Of Muscle Machine”