Bruce Cook Is Building A Solid Axle Swapped Chevy Truck, On His Own, From His Wheelchair… 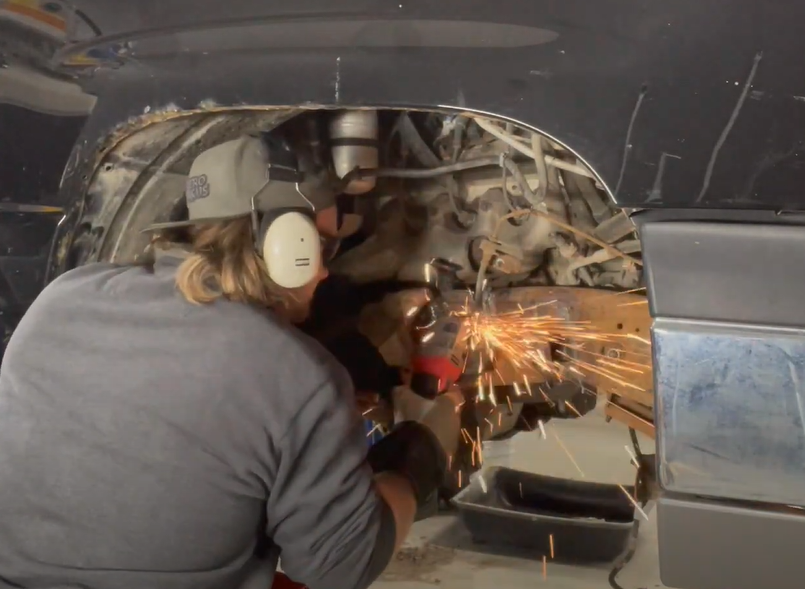 If this isn’t inspiring, then I don’t know what is. And I don’t mean because he’s in a wheelchair and it is sad or something like that. Bruce Cook is a bad ass that doesn’t need anyone feeling sorry for him. It is inspiring because there are plenty of us that drag our feet on projects when they are physically easier for us to build than someone in a chair like Bruce. If you don’t know Bruce’s story, click the video at the very bottom of the page. He’s a former Nitro Circus Freestyle Motocross bad ass that broke his back in a freak accident while trying to do something nobody had done before. It’s a risk that FMX stars understand, but that drives them to be the best and the first. Since his injury, Bruce has been pursuing more firsts and has not slowed down much.

In this new video series of his, Bruce is taking on a new off-road project and doing things a bit differently. He’s built other trucks and stuff, but always with help from different shops or manufacturers. This time he wants to do as much as is humanly possible, on his own. As he puts it, he’ll have to have some help with heavy lifting, but nothing us upright folks wouldn’t have to have a hand with. He also knows what he can and can’t do, like setting up the new gears in the axles, but that’s about knowing his skill level and has nothing to do with the chair or his injury.

As a big fan of Solid Axle Swaps in general, and with one floating around in my head for a future project, this one is right up my alley. And since we like following other folks project around here, we figured this one looked like fun. So watch, and let us know what you think. And maybe Bruce will inspire you to get out into the garage to do some wrenching this weekend.

The American Powertrain Parting Shift: Ripping Along In A Road Course Tuned Late Model Stock Car Take A Ride In The Winged Express At Maple Grove - Coolest AA/FA Of All Time!