Can These Guys Build Their Own MegaCab Bumpside Ford Pickup? 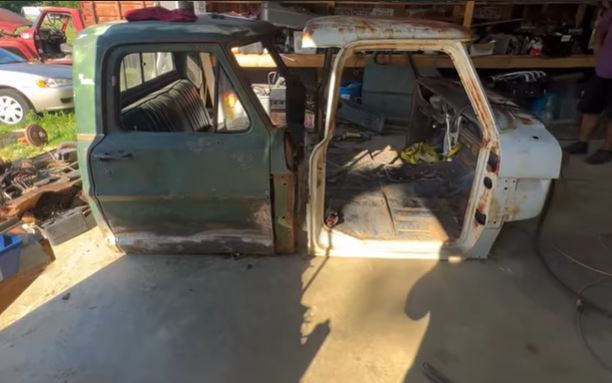 The 1967-1972 Ford trucks, often referred to as bump side trucks, are sought after by Ford enthusiasts. They are cool classic trucks and they are getting harder and harder to find. What makes Ford’s bumpsides special, compared to the truck offerings from GM and Mopar, is that they were available in a SuperCab, aka extra cab, and also in the Crew Cab or 6 man configuration. The crew cab is ultra rare compared to the others because they were most often purchased by government and corporate jobs.

So if finding a factory crew cab is tough, and if you have a couple of junk bumpsides sitting around to cut up, then why not build your own? That’s exactly what the crew at HalfMoonCustoms is going to try to do.

Let’s see how it works out.

Follow along as we cut up a junk cab to see if we can make two junk cabs into one totally custom crewcab bumpside.