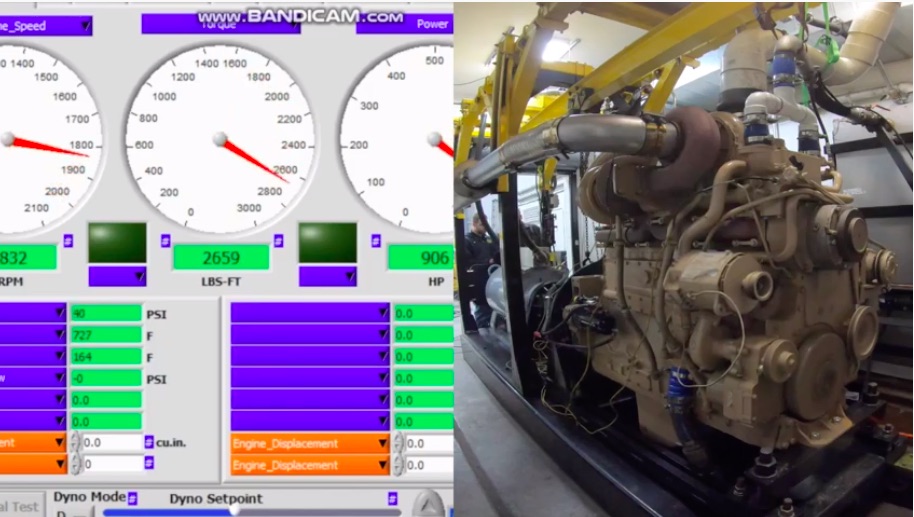 There’s just something about a big diesel engine, especially one that has been hot rodded, right? In this case we’re at Pittsburgh Power with their recently KTTA19 Cummins twin turbocharged engine. Like pretty much everything else at Pittsburgh Power, this thing makes more than stock power and does so in a way that will make the owner of it very, very happy. If this monster engine ends up in a big rig, it will kick your ass at a drag strip. No kidding. But before we get to that, let’s go over the engine.

The KTTA19 Cummins is a good ol’ mechanical engine. It it not electronically controlled, injected, or managed. It’s old school, it is tough, and in this case, it has been enhanced into a fire breather with the addition of a second turbocharger to the fun. It looks as though this engine has been compound turbocharged rather than “twin” turbocharged but that’s splitting hairs. This is a 19.0L inline six engine that’s six feet long, close to six feet tall, and weighs 4,570lbs ready to run. With the work that PPI has done, the thing makes 923hp and 2,801 lb-ft of torque! This is way, way over stock by hundreds of horsepower and who knows how much on the torque side.

PPI has been involved with some of the gnarliest hot rodded big rigs in the country and we’re wondering (hoping?) that this engine lands in the nose of a big truck and gets drag raced or sled pulled to really show off how much muscle it has. It’s not a natural thing to think about hot rodding engines of this size but we love the fact that guys do. More boost, even at 19 liters is always better!

Unhinged: The GMC Hummer EV - What Kind Of Mea Culpa Is This? Strip For Sale: North Star Dragway In Denton, Texas Is Up For Grabs - Premier Eighth-Mile Track Does Not Come Cheap