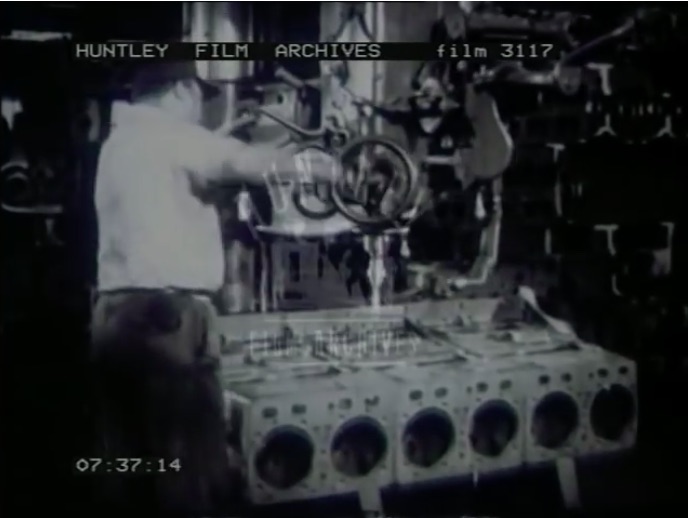 The cycle of business and industry is a fascinating one. Companies can rise to the level of colossus in their particular segment and then slowly fade into the sand dunes of time. Such is the case with the Buda engine company (pronounced Beuda not Buddha). This was an industrial outfit that was primed and ready to go for the war effort. Why? They were already one of the most well known and diversified engine manufacturers in the country and they were able to adapt their business to handle every request that the government threw their way. Diesel radial engines for tanks? You bet. Small engines for shuttling freight? Done. Big engines for 80-ton locomotives? Hold my beer. Literally from the smallest of the small to the biggest of the big, Buda was there.

This video shows the manufacturing process of multiple engines, starting with the diesel radial tank mill. They were all hand built and they were all hand machined. Interestingly, they were not made on an assembly line but rather with small crews of guys who would see them through from start to finish. Each engine was load tested on the dyno for eight hours before leaving the plant. You can hear brief snippets of the sound that they made and it is pretty unique, so say the least.

One of the things to think about regarding WWII is how much oil and its ability to be supplied changed and directed the war. Everything you see in this video was powered by petroleum. From the landing lights to the locomotives. Without the oil, gasoline, and diesel, none of this would have made a lick of difference. It was a mechanized contest and thankfully we were already a country obsessed with machines.

eBay: This 1980s Indy Car Was Owned by Hasselhoff and Raced By Arie Luyendyk Cool Video: The Story Of The Honey Bee, A Homebuilt 500hp Monster Of A Tractor