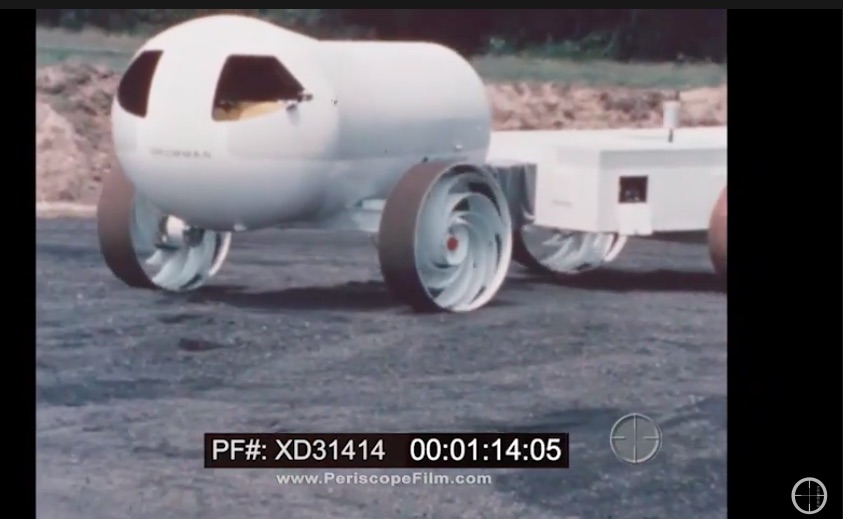 The last missions of the Apollo program over the course of 1971-1972 are largely forgotten by many people and that’s kind of crummy. Lots of neat stuff was done on those trips to the moon and perhaps most notably from the gearhead perspective, the lunar rover was deployed and used. Now, history tells us that the design which made tracks on the lunar surface was kind of a big, open, golf cart looking thing. That was the design that won, but what about the other candidates? Well here’s one below that we had never seen until today.

Built by Grumman, this articulating, battery powered, half a weinermobile looking thing with spring wheels, and a shocking amount of size, is awesome. Obviously the thing was way too large and heavy to be transported in one shot, right? Well, that’s the interesting part. Before the compact and lightweight design of the rover was created NASA was contemplating launches where TWO Saturn V rockets would be used on the same mission because of the payload capacity needed. That idea was scrapped, likely when people quick drinking at breakfast.

This is a really interesting look at a vehicle we never knew existed. So big, so cool, so weird looking!

One thought on “Apollo Video: Check Out This Neat 1960s Footage Of The Grumman Lunar Rover Prototype – Weinermobile In Space?”