Robby And Max Gordon At The BAJA 500: This Father And Son Duo Are A Force To Be Reckoned With! 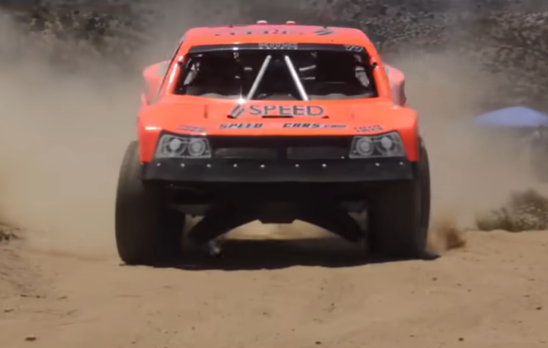 I remember the first time I met Max Gordon, and I want to say he was like 7 years old and he was driving a Side by Side off the Stadium Super Truck jumps at their shop near Charlotte. Robby was getting on the guys, and all up Max’s butt, about driving it with no helmet on and had me laughing. Not because he was on him, because I totally agree that unless you are pushing a car around the pits, or doing work on the farm with one, you should be wearing a helmet when in any UTV. What was funny about the situation was that Robby was giving Max hell and telling him that he couldn’t drive it anymore if he wasn’t wearing a helmet because his mother would kill Robby and then Max would never get to drive it again, unless Max wore his helmet. That little dude was in a helmet within minutes.

When I got up to the SxS and looked inside, because I was wondering how this tiny guy was driving this big buggy, there were blocks on the pedals so he could reach them. It was awesome, and the kid had skills, and was flying through the air on big ramps with not a care in the world. It was cool for sure.

He’s now 13, or going to turn 13, and is already racing a Stadium Super Truck in the series and is racing at Baja. This kid has got the talent and the opportunities and we love it. Here are video highlights from the recent BAJA 500 with Max and Robby.

TIG Welding Stainless To Aluminum? Wait What? How To Bond The Two Like You've Never Seen Before Nitro Time Machine: Check Out This Great Episode Of NHRA Today From The 1993 Mile High Nationals

One thought on “Robby And Max Gordon At The BAJA 500: This Father And Son Duo Are A Force To Be Reckoned With!”