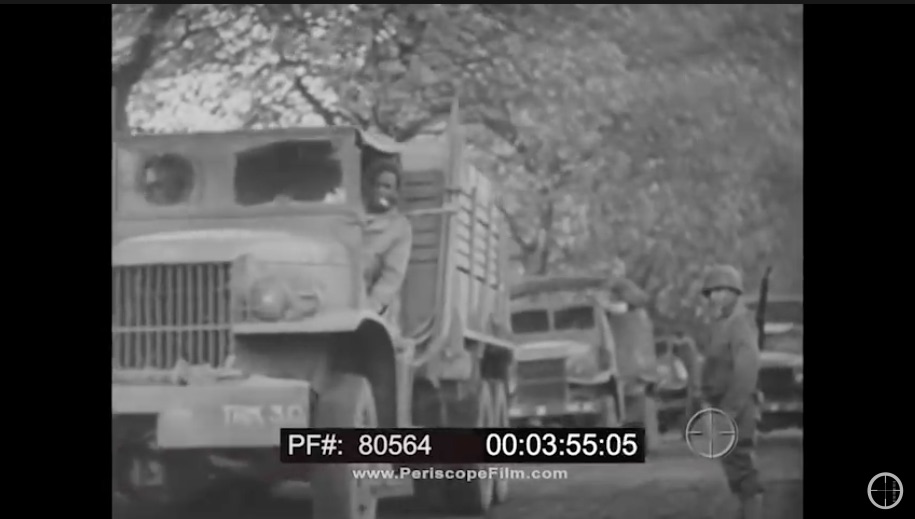 It has often been said that horsepower won WWII and perhaps there was no greater example of that than an 81-day period shortly after the D-Day Invasion of June 6th, 1944. Why? It was during this time that the Allied armies began to take the fight back to Hitler and work to free France of his icy grip. The only problem was that because of both the heavy bombing and artillery work done before the invasion and the complete destruction of things in the path of retreating German soldiers, there was not an operable rail line in the country that could supply the needs of the Allies as they marched forth against the enemy and toward the Rhine River in Germany. Undoubtedly Hitler knew this and likely figured it would slow down an Allied advance. Wrong answer, pal.

In one of the great logistical moves of the war, an incredible trucking operation called The Red Ball Express was formed and used to keep the advancing armies supplied with incredible efficiency. This was no small job and this was no weak task. “Oh, truck drivers,” you’re thinking. These guys would drive like 20-hour shifts in these lumbering beasts that were working their nuts off to keep the necessary 40mph pace that generals demanded. The truck drivers were a force to be reckoned with. It needs to be mentioned that this was a group made up of 75% black soldiers doing the hauling. While the drivers are shown in the film, it’s a historical footnote that we always think is relevant to mention.

As you will see, the planning and execution of the Red Ball Express was stellar and it had to have horrified the Germans on every level. An army that could be supplied by an army of trucks was nightmarish to them. Why? Because the German could absolutely not do that themselves. They needed rail lines and ships and whatever other means they could get to be supplied. If the Allies had the ability to build and run enough trucks to supply a whole army, what chance did they have?

Of course we know the answer was none.

Oh. And why the “Red Ball Express” name? Back home if a freight car had a red ball painted on it, that baby was going somewhere in a hurry and not stopping to ask or answer questions. Same as these trucks.

3 thoughts on “Awesome Historical Video: Celebrate The Amazing Success Of The WWII Red Ball Express Truckers With This 1941 Film”