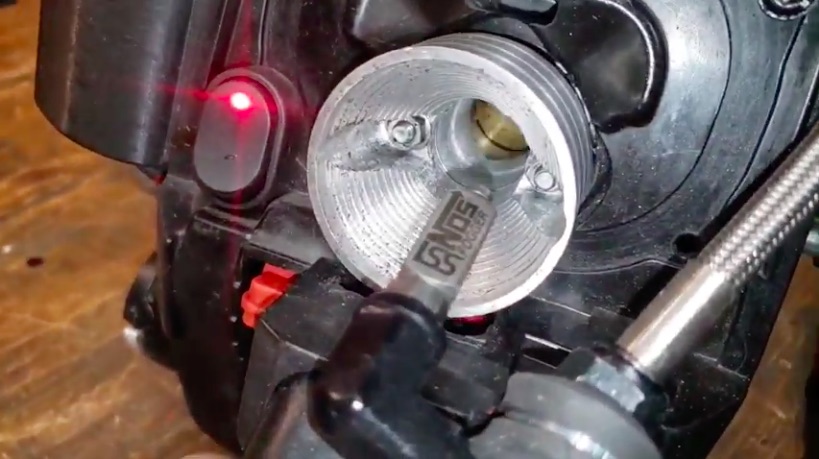 There is a vast world of chainsaw enthusiasts out there. Not just enthusiasts but guys and girls who compete with chainsaws at logging/lumberjack contests on the local, regional, and national level. That means there has to be a level of hot rodder in there who is delivering the most horsepower and speed for his customers, right? Oh yes, that is right.

The John’s Custom Saws channel on YouTube is all about showing the porting work and methods used to create more powerful chainsaws both for fun use and for competition. That’s stuff is all interesting, but this nitrous saw is completely off the wall. He’s modified the head, the piston, and Lord knows whatever else to get this to work without blowing up (every time, he has killed one of to early versions) but it is ungodly bad ass when fired up and working. The carb has been enlarged to go along with the rest of the modifications as this thing has a little tank on the handle and a nitrous nozzle aimed right down the throat of the tiny volute directing air into the carb.

Press play below to see this video on a chainsaw known as The Hulk on nitrous!

Turning A Railroad Track Into An Anvil! Simple & Easy DIY - Homemade Anvil Video: Put A 5 or 6 Speed Stick In Your GMT400 1988-1998 GM Truck NOW With An American Powertrain Kit

10 thoughts on “Nitrous Chainsaw Video: This Thing Is Called The Hulk And It Cuts Logs Like Butter”