Godzilla or Not: This Video Shows A New 7.3L Gas Super Duty Ford On The Chassis Dyno Along With A 6.2L Truck 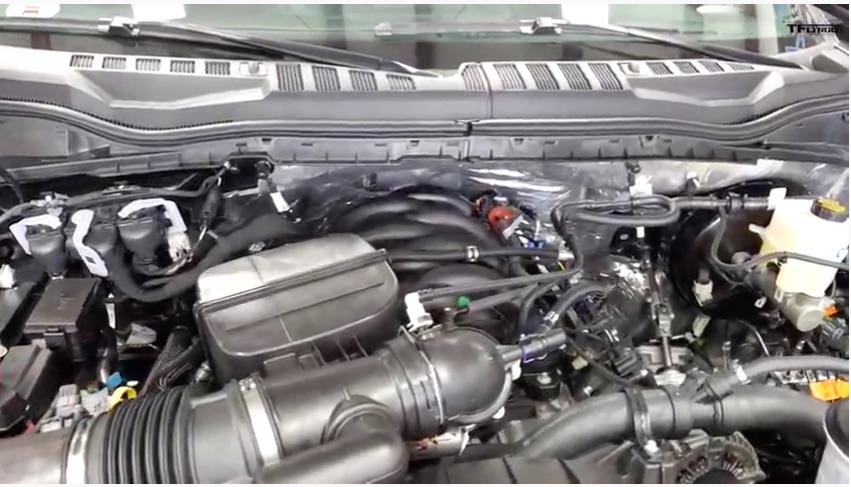 When Ford released the information that it would be introducing the modern equivalent of a gas burning big block engine for their Super Duty truck lineup a while back, the world reacted with a kind of happy bewilderment that we’d not seen in a long time. We were not the only ones looking around thinking, “Wait, they are really gonna do this? 400+ cubes of gas burning, pushrod, cam-in-block V8 action?!”

Turns out they were serious and the so-called Godzilla engine has been living in the nose of F-250 (and up) Super Duties for a short while now. Factory rated at 430hp, we’ve long been wondering what was actually making it to the ground through the 10-speed automatic transmission. Thankfully, we now have an answer!

This video is cool because we not only see the 7.3L truck get pulled on the dyno with the ensuing charts and graphs, but we also see an older 6.2L truck that has been upgraded with a cold air intake and a cat-back exhaust. Comparing the dyno graphs of each truck shows us exactly what Ford engineers were looking to achieve with this new engine and (at least for us) it shows that they certainly were able to do what they wanted in creating more usable horsepower and torque for pickup truck users who actually employ their rigs for working action.

The breakdown of the transmissions in the two trucks is interesting as well and you’ll see that these guys handled the dyno portion of the testing correctly with using a gear in each truck that closely matched the other. Overall we’ll echo what many had said from day one. This is a strong engine that seems to have massive potential for hot rodding and for hot rodders.

Press play below to see a new 7.3L Super Duty truck on the dyno making power –

AEROMOTIVE RELEASES NEW TRUE VARIABLE SPEED FUEL PUMP CONTROLLER  The Good Old Days: This Review Of The 1989 Chevy K5 Blazer Is A Reminder Of How Much We Dig Those Trucks

4 thoughts on “Godzilla or Not: This Video Shows A New 7.3L Gas Super Duty Ford On The Chassis Dyno Along With A 6.2L Truck”