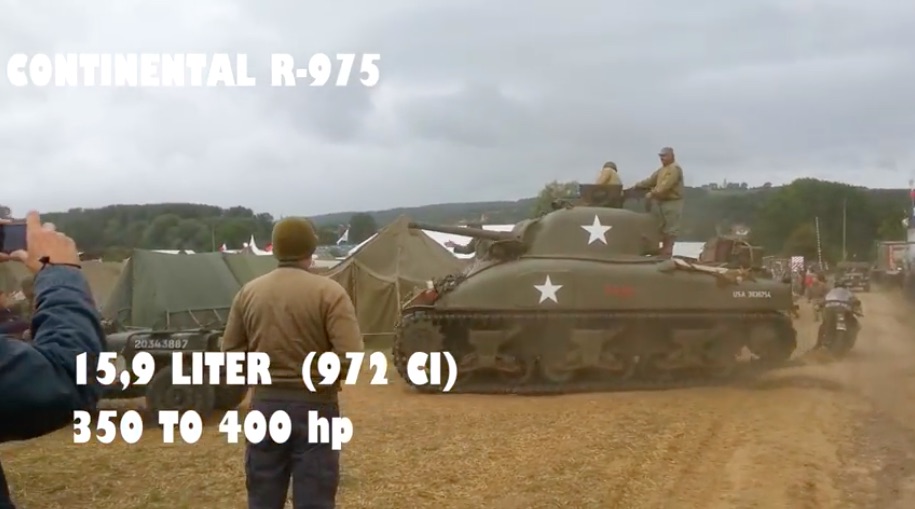 We love engines and history around here so when we see a video where both of those things intersect in a perfect union, we’re all about it. This time it is a neat video filled with clips of WWII Sherman tanks with the various engine combos that the tanks were sent to war with. From the radial Continental, the Chrysler Multi-Bank, the Ford GAA V8, the dual GM Detroit diesels, and more. The Sherman tank was not the best tank in the war but they were made wit such speed and ferocity that their numbers overwhelmed the enemy even if they didn’t have the most speed, the biggest guns, or the thickest armor. How interesting is it that they were powered by so many varying engine combinations, right?

Watch this video and tell us which one you think sounds the best. We had never heard the Chrysler Multi-Bank engine running before and that one is pretty neat. The multi-bank is basically five Chrysler inline six engines mated together in a massive pinwheel design. The Detroit Diesel combo was a pair of inline six, two-stroke engines mated together as well. The GAA was a 1,100ci V8 that made huge torque to shove the thing along. The Continental engine was a radial like one would have found in an airplane, and the list goes on.

We have often said and still believe that WWII was won with horsepower. In the air, on the sea, and on land, it was mechanized stuff like these tanks and the brave men that used them which won the war. Listening to the sounds they heard keeps both their memory and the realness of the most massive conflict the world has ever known fresh in our minds.

Watch A Greenwood Corvette Lose An Engine In Flaming Fashion On The Banks Of Daytona! Historic Drag Video: Watch Connie Kalitta Spin An Accidental Funny Car 180 Back In The Early 1970s!