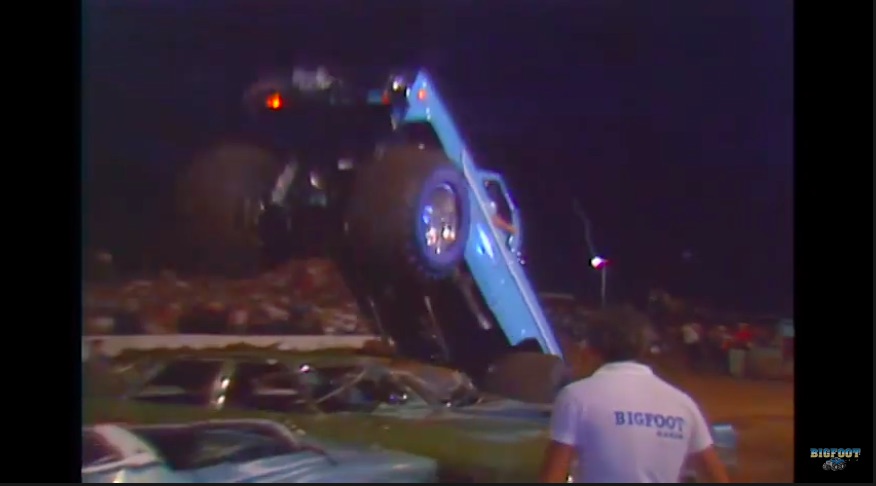 This is some great footage. Captured at an event in Missouri, we are going to watch the famed Ms. Bigfoot Ford Ranger smash some cars and hook to the pulling sled. The first thing you’ll notice is that the truck is on 48″ tires and not the traditional 66″ meats that we expect from monster trucks of this era. Secondly you will notice the super awesome exhaust note. This truck had the second largest and second most powerful engine in the Bigfoot fleet. Power came from a 571ci Alan Root Ford Hemi and when you head it really start breathing deep while pulling the sled, you’ll know just how bad ass the engine was.

The truck debuted in 1985 with Bob Chandler’s wife driving, making her the first official female monster truck driver. It is not Marilyn Chandler driving here, though. On this night Janice Oliver has been given the reigns and she does a sporting job of it.

We dig the fact that on her first pass over the cars she almost gets hung up but instead heavy throttles out of it with the 48″ tires starting to smoke on the roofs and sheetmetal of the flattened cars she is atop. If anything this video takes us right back to the 1980s glory days of monster truckin’. Steel bodies, big power, and big crowds. So fun!