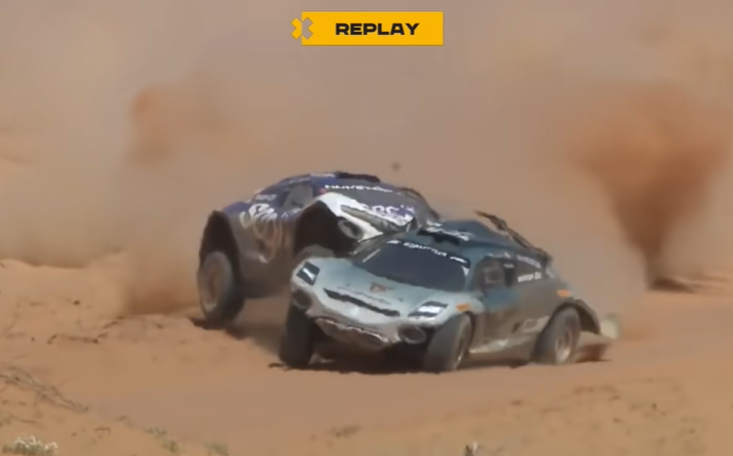 They may be electric powered, but that doesn’t mean the action isn’t as hot and heavy as any other head to head off-road racing in the world. The Extreme E series is some seriously fun desert racing to watch. With multiple cars on the course, from a standing start, there is plenty of action. But the shootout races that pit just two cars head to head, with a driver change in the middle, may be some of the most hair raising. We’re talking about massive chases, pushing equipment to the limits, in incredible conditions in the sand and dust of Saudi Arabia. This is much more extreme that I thought, no pun intended, and the racers are going for it as hard as any I’ve ever seen.

In this video you’ll see Kyle LeDuc and Claudia Hurtgen battle it out in a race that was going to end with one of the most epic finishes, regardless of who crossed the finish line first. With Claudia having had a massive crash in her car just two days before, she was performing amazing by all counts. But when it came time to reach the point where her crash happened, would she be able to keep it pinned for the win? Or would Kyle LeDuc use that short course racing experience to drive it home and make a pass?