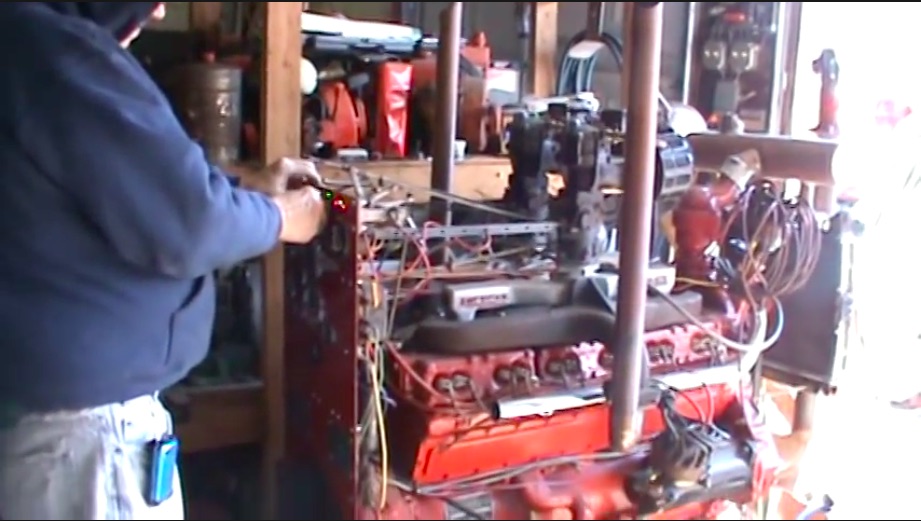 We’re sure you have all been wondering why we’ve missed this “displacement day” for years but now the wondering is over. Today we finally give the big 527ci American LaFrance V12 fire truck engine its due. This engine was a stalwart and hung in there for many years, powering lots of fire trucks around towns and cities in America.

Originally designed as the Lycoming BB engine, American LeFrance was nearly forced to buy the design, tooling, and blueprints for it when Lycoming decided to get out of everything but the aircraft engine business. As this engine was the backbone of their trucks, American LeFrance had little choice but to step up to the plate and become and engine manufacturer as well.

The engine uses a 3 5/8″ bore and a 4 1/4″ stroke to achieve its 216 peak HP at 3,400 RPM. We do not have a torque rating on it but it’s got to be twice the horsepower as one would expect. Short geared fire trucks would be working the driver to keep this thing off the redline in the city, no doubt. Interestingly this is a larger version of the famed engine used in the Auburn 12 models od the day. The engine is mechanically identical outside of the fact that the Auburn version uses a 3 1/8″ bore and the same 4 1/4″ stroke. The smaller bore kept horsepower right around 160.

The smoothness of this thing when running is amazing. It just burbles away and sounds great when the operator gives it som revs as well. Check out the video below to hear this piece of history start.

Press play below to see one of these beauties fire up and run! Neat engines –