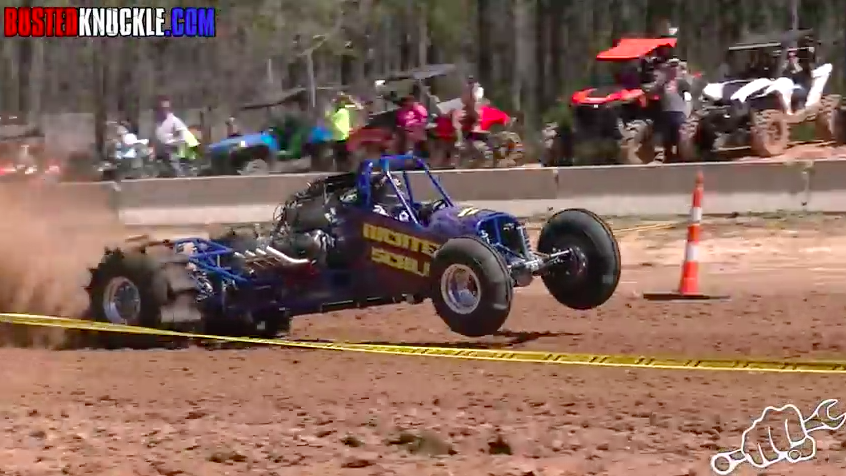 We’ll forever be fascinated with the application of massive horsepower to the ground whether it is on asphalt or something way less sold. This video falls into that “way less solid” category because we’re looking at some of the most insane dirt drag racing machines that we have ever seen. A couple of them are front engine but the majority of them have the engine behind the driver and run anything from nitrous to a blower to turbos to make the big steam needed to be a player in this game. Basically you are looking at the dirt equivalent to a pro mod race and we think it is boss.

It appears they are running through the normal couple hundred foot pit and they are doing it in an incredibly short amount of time. These runs are lasting barely two seconds which is absolutely mental and when you look at how the things launch and hit the tire you’ll totally see the similarities between these and drag cars.

Can you imagine all these guys racing each other to the eighth mile on a strip? They’d need to replace the tractor gears with something remotely reasonable but it would be flipping awesome.

One thought on “Here’s The Dirt Equivalent To Outlaw Pro Mod Racing – These Dirt Drag Racing Rigs Are Nuts!”