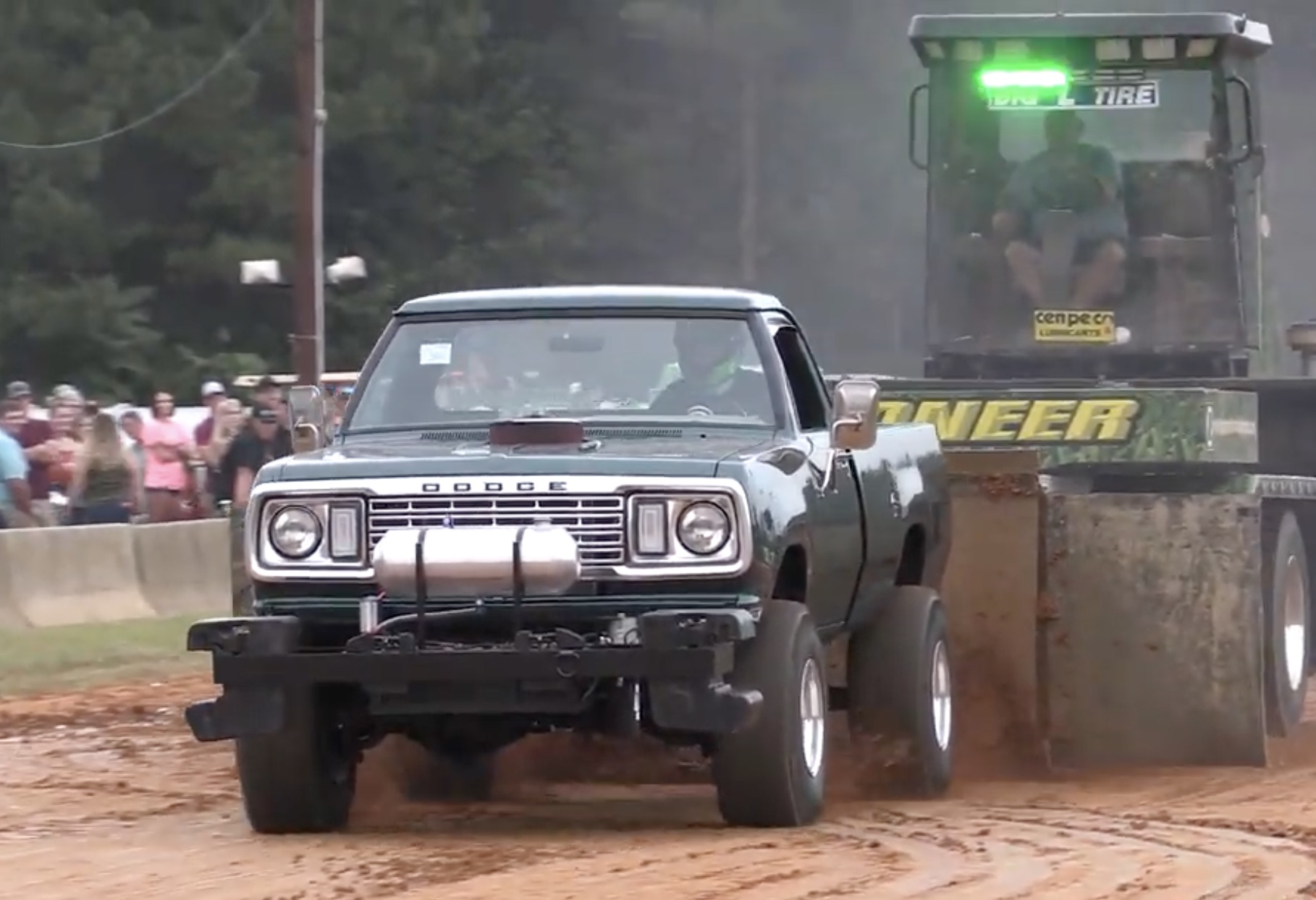 Which came first, the pulling tractor or the pulling truck? I personally am not sure. Either way, you know that it all started with a couple of hayseed farm boys who might have had what Vice Grip Garage might call a “cold snack” in their belly throwing down the great measuring contest with their rigs. I’m sure one of you can tell me which was first (and if not, Lohnes probably can tell me in his sleep) but I like to think that the truck came first, simply because the tractor was a kind of a given. The tractor was built to be the beast of burden, not like the truck was. The truck was meant to be a helpful tool…but with heavier-duty axles, bigger engines and some good tires, a good work tool can quickly become a stout monster that will drag just about anything behind it.

Hearing a Pro Stocker go WFO is an experience, make no mistake, but the only weight that it’s against is it’s own mass plus air resistance. So you get that free-revving, happy noise that we all know and love. In an Outlaw 4×4, you have an engine that can be up to 555ci, but unlike a Pro Stocker, you’ve got the weight of the truck, the weights attached to the truck, two more driving wheels’ worth of traction and friction to deal with and the sled itself, which will bring the party to a halt one way or another. Maybe it’s just me, but the sound of that screaming V8 with a heavy load on it somehow is that much better sounding. Do you agree?

Own A Subaru? Hooker Blackheart Has New Subaru Components and Systems To Make Your Car Sound WRC Ready! Theoretical Fun: How The Bloodhound LSR Car Would Do In A Drag Race Against An F1 Car, A Bugatti, and A Normal Road Car

One thought on “Morning Symphony: Outlaw 4×4 Pulling Trucks Screaming At The 2019 Southern Showdown”