The Most BangShifty Sand Box Ever! Watch This Father and Son Play On Their Dragline and Shovel

Jul 22, 2021Brian LohnesBangShift XL, XL VideosComments Off on The Most BangShifty Sand Box Ever! Watch This Father and Son Play On Their Dragline and Shovel 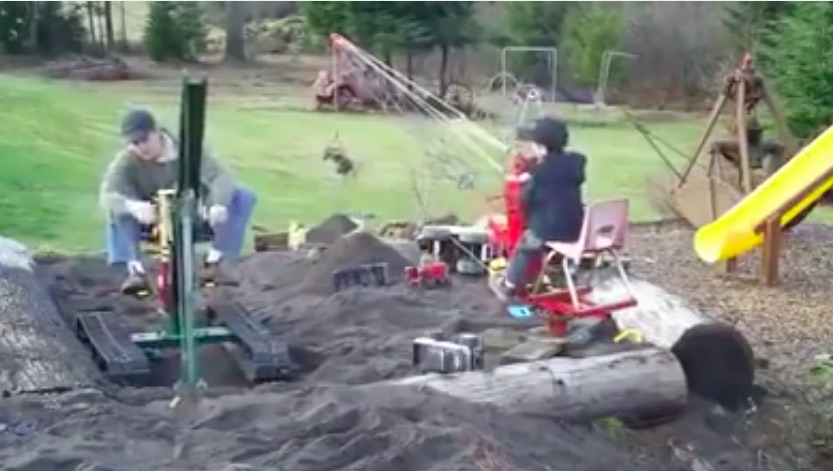 We don’t know who these people are or where they are from but we do know that they are 100% BangShift approved! They have a cool sandbox with a dragline and shovel that the pair of them can dig and play with at the same time. Hell, there’s even some coordination involved with making sure that they do not run into each other! These are not electronic or otherwise powered. Instead the guys pull levers and crank handles to move the dipper and boom on the shovel and pull the bucket along on the dragline. We’re virtually 100% sure that this stuff was homemade and that makes it even better in our eyes.

My kids had much smaller versions of the shovel that they played on for hours. They were nowhere near as intricate or detailed as these but the simple act of pulling levers, spinning cranks, and making the Earth move in small bites is really fun and this father and son will have hours and hours of fun in their own personal sandpit of dreams for years to come.

There’s only one downside to this and that’s the fact that when the kid gets old enough you are going to have to step up the program and restore a steam shovel at your house or something. Good on these dudes, this one will have us smiling all day.