The Turbosupercharger: Master of the Skies – Awesome WWII Film – Boost FTW Against the Axis! 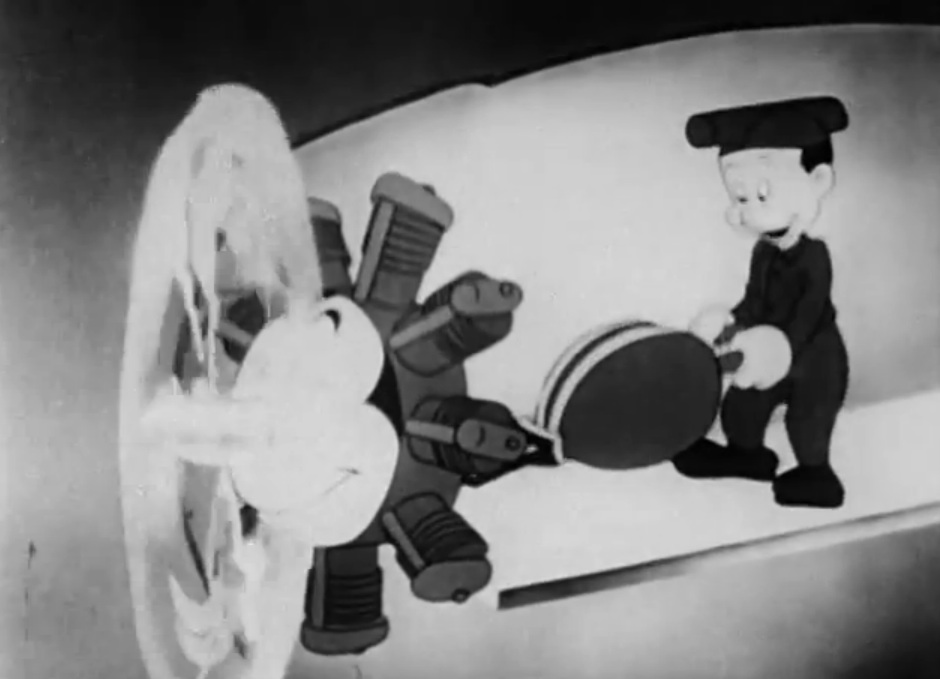 The awesome power potential of the turbocharger is on full display these days. From little production engine to mighty racing mills, turbos are everywhere. Turbos were not widely used by anyone in the hot rodding world back in the 1930s and 1940s but they were starting to gain traction in places where you’d expect them to, airplanes. This film serves as proof and it also serves as a reminder that horsepower was an essential weapon during WWII. It sounds cute to say that but the reality is that the horsepower these planes made allowed them to win the skies, the horsepower shoving tanks along at ever increasing speeds helped them win on the ground, the awesome power of warships allowed them to run from or run down enemies, etc. There’s lots to think about on that front, but we digress.

Here’s another educational video exercise for you. We found this film and watched all 22+ minutes of it in one shot. The film was made by what was then the Army Air Force in the early 1940s to educate pilots and mechanics about the new Turbosupercharger systems being installed on airplanes to allow for faster, higher altitude flying and better performance. We don’t call them “turbosuperchargers” anymore, but back in the day any type of forced induction was referred to as supercharging, GE (who developed the system) added the turbo part onto the front. We’re not saying that GE invented turbos (they didn’t) but they were in charge of the system used on these planes.

While turbos had been patented since 1905, it took about 20 years for them to be developed into viable pieces for use on big diesel engines and other applications. GE first tested them on airplane engines (they had been in use on other power plants for years) in 1914 when they mounted one on a Liberty piston engine and ran it at the top of Pikes Peak, 14,000ft above sea level to measure the hp production. The Liberty made 400hp on the ground and 410hp at the top of the mountain with the turbo on it. PROOF!

This video rules because it lays out the design and engineering of the system, how the pilots operated the waste gate from the cockpit, how service technicians were supposed to service the parts and pieces, and it shows lots of awesome footage of B-17s, B-24s, P-38s, and other war birds of WWII that were the ultimate piston powered hot rods of their day. Did we mention that these turbos were used in a compound setup as the engines already had a gear driven centrifugal superchargers bolted to them? This video is cool as hell.

Great Chase: The Campy But Still Awesome Car Chase From The Stallone Movie "Cobra" GT40 Video: See How The Legendary Racer Stacked Up Next To Its Competition In 1966

One thought on “The Turbosupercharger: Master of the Skies – Awesome WWII Film – Boost FTW Against the Axis!”