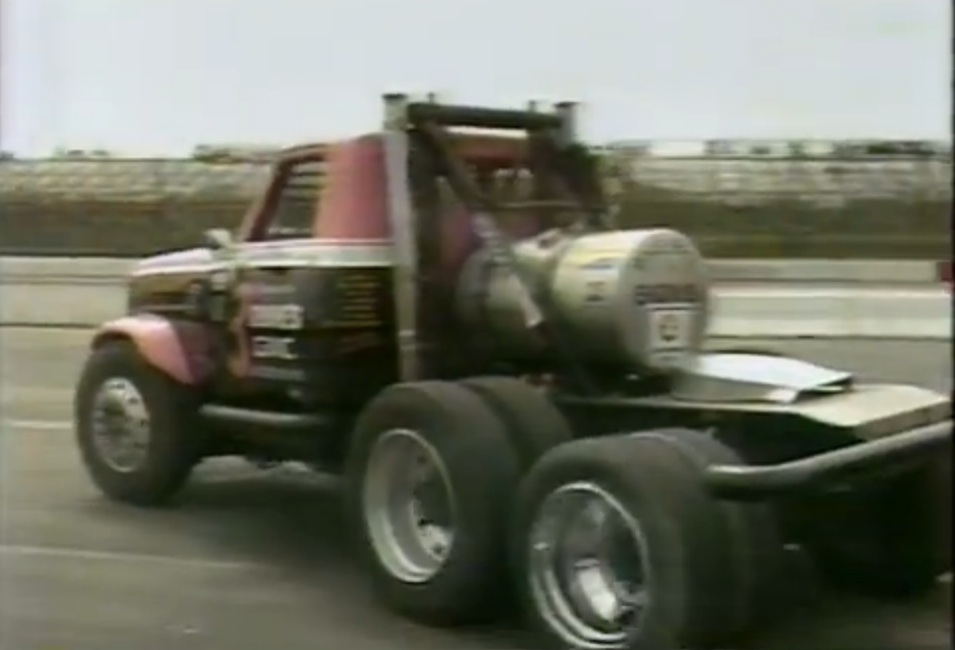 While this video is centered around the lone female driver in the Great American Truck Racing Series (Shawna Robinson) is is a spectacular look at the series as it was in 1985. The truck were still pretty heavy, they were still running as 10 wheelers, and while they were morphing more and more into specialized race trucks they all looked cool, there were different engine packages out there, and there were plenty of different body styles in use as well. Robinson happened to be in a Detroit Diesel powered GMC but there were trucks like Western Stars, Corbetts, and others running around as well.

You’ll see that this we not exactly Shawna’s weekend but again, there’s plenty to watch other than the scoreboard here. Robinson suffers one of the most common failures that these trucks fought on the speedways in the form of a blown right front tire. The loads being placed on those tires and the heat that they would build up would cause them to fail violently. In her case it came apart and shredded the right front corner of the nose…but that was small potatoes as compared to what would come later in the video.

While it is not specifically explained, Shawna loses the handle on the truck and bashes into the infield. Rather than call it quits, the team gathers at the wall when the huge wrecker speeds into the pits and drops the truck into their stall. They rip the nose off and throw some front tires on before sending Shawna back out there. It is hilarious to watch the mud and gunk flying off the truck as she speeds out of the pits. This was like the wild west!

This video is great and we think you’ll enjoy the look into the world of big rig speedway racing from the 1980s. Cool stuff all around here.

Speedy Thrash Video: Watch This Audi Rally Team Change A Transmission In About Six Minutes! The Modified Class At A Vintage Tractor Pull Is Full Of The Most Awesome Homebuilt Hot Rods Ever - The Engines Rule!