Tough Mudder Footage: Watch The M422 Mighty Mite Get Put Through The Paces In 1953 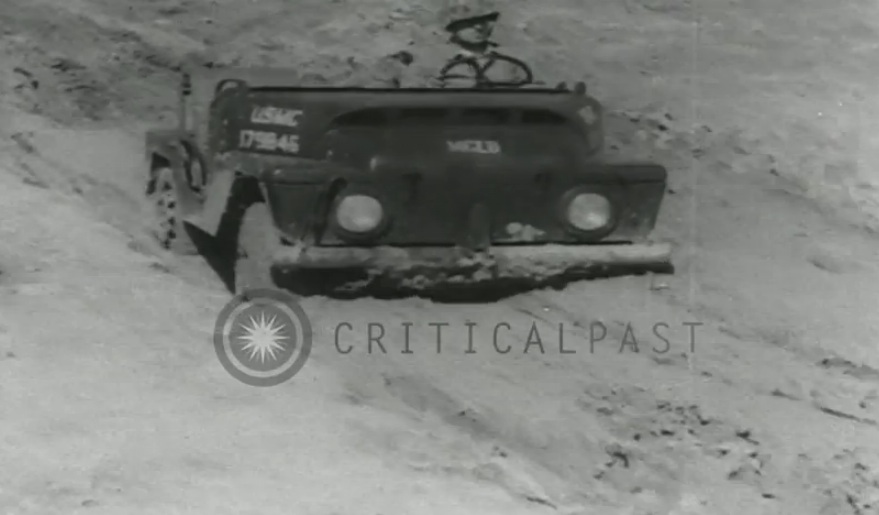 The M422 Mighty Mite was a vehicle that was seriously considered as a replacement to the venerable Jeep in the early 1950s. The aim of the project was to construct a truck that would be able to do what the Jeep did but use a lighter, more compact package. The engine was an air-cooled aluminum V4 engine, the body was aluminum, and the whole thing weighed only 1,700lbs. The M422 had independent suspension on all four corners and although would primarily have two guys in it, there were fold out seats which would allow four additional soldiers to join the party.

As you will see in this video, the little truck was very capable as it slogs through the mud, careens over railroad ties at 40mph, and even is shown ripping around on three wheels. The top speed was actually 65mph although we’re not sure that we’d want to be in there at those speeds. Although this video was taken in 1953, it would be 1960 when the trucks went into mass production. There were 4,000 produced and they were only used by the US Marines. Unfortunately for the Mighty Mite, it was virtually obsolete by the time production began and the planned large scale integration of the trucks was never seen and ironically their light weight, which was seen as a boon when the project began ended up being their undoing when helicopters gained more lifting capacity in the early 1960s.

We’d love to have one of these trucks to zip around the woods with. They seem spry and super capable. This looks like a fun little rig!

2 thoughts on “Tough Mudder Footage: Watch The M422 Mighty Mite Get Put Through The Paces In 1953”