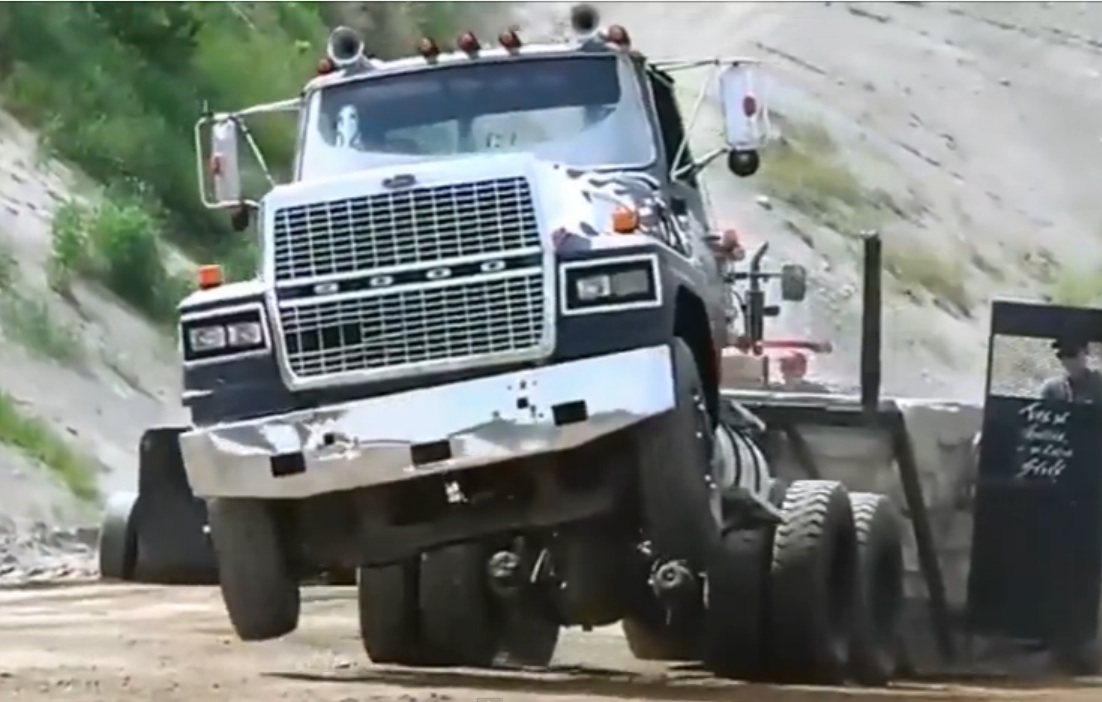 Oh boy is THIS some stuff! I was looking at videos of cars with 180-degree headers on them because I like the way they sounds when I came upon one with a diesel engine that had 180 degree headers on it and then all of a sudden I was staring down the barrel of this hunk of video greatness. This film is about four minutes in length and the whole thing is video of big rigs pulling wheelstands. Some are at drag race style events and others are at sled pulling style events. All of them involve the trucks trying to move a crap ton of weight in as quickly a fashion possible. The drivers are about as aggressive as the Ebola virus and twice as dangerous as they wind these huge engines up and let them eat. You will see the huge chassis of these trucks twist, droop, and if you listen, you can actually hear them scream for mercy. So, so cool.

As you’d expect most of the (all of the?) footage was shot in Canada, the home to big rig badassery in North America of this type. Up there, the guys wick their trucks up so hard that can break the most massive of axles and driveline parts if the conditions are right. This video is not about breakage though. It is about physics defying, grunt producing, ground pounding trucks that spend their weeks hauling vegetables, televisions, and stuff animals, and spend their weekends hauling ass, getting air, and engaging in mechanical arm wrestling competitions of the highest order.

Some of these wheelies are short, some are sustained, some involve major twist and others are perfectly event but to a one they are mighty impressive to watch. The sled pulling wheelies are particularly brutal and those are the ones that we love watching the most.

Watch the Sideways, Screaming Ballet Known as Dirt Modified Racing From the Driver's Seat! The Slick Shift: Watch This Guy Pull 15 Gears In A Twin-Stick Mack Like A Boss!