Video: The LeTourneau Sno-Freighter Was A Monstrous, Lumbering Pack Mule Designed For The Harshest Places On Earth

Oct 08, 2020Brian LohnesBangShift XL, XL VideosComments Off on Video: The LeTourneau Sno-Freighter Was A Monstrous, Lumbering Pack Mule Designed For The Harshest Places On Earth 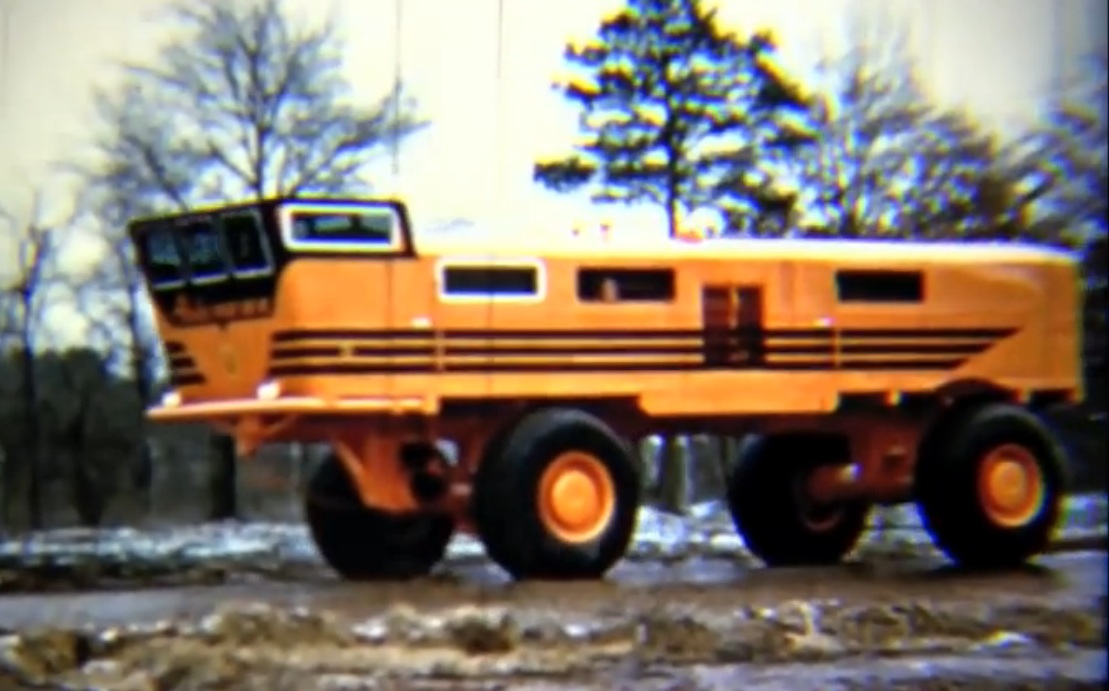 RG LeTourneau is a BangShift hall of famer for sure. The guy was an engineering and design genius and he came up with some of the coolest and most effective equipment ever built during his life. No matter the scenario, it seemed that LeTourneau was the guy to see for a machine that would complete the job and complete it more efficiently than anyone else’s would. In the case of the Sno-Freighter, the challenge was to design a vehicle capable of pulling 150 tons of goods and materials over roadless swaths of Alaska to help supply the construction of a national defense project known as the Distant Early Warning Line. This was a big job in some of the worst conditions on Earth and it required a machine capable of surviving temps that could get down around -70 on bad days.

The rig that LeTourneau came up with got the name Sno-Freighter for obvious reasons. Alaska Freight Lines was the company footing the bill as they were the ones awarded the contract to drag the materials and no expense was spared. Like nearly all of LeTourneau’s machines, this one used diesel engines to spin generators and the wheels themselves were electrically driven. In this case it was a pair of big Cummins diesels that made power to drive ALL 24 wheels! Said wheels were equipped with seven foot tall tires and could lumber through snow drifts that would swallow even the toughest of Army trucks whole.

The machine was a huge success as it was used for both the initial project and a few more after. It was one of the first wheeled vehicles to make it up to the Arctic Ocean and it stayed in service for a good long time, making Alaskan Freight Lines a pile of money in the process. The downsides? It was hellaciously expensive so it was the only one (of this design) ever built, and once it got long in the tooth, there was no real reason for anyone to own it. The machine now rests comfortably next to a highway in Alaska, sitting as a reminder of the prowess and brains of RG LeTourneau and the skilled craftsmen he had working for him to build such a mammoth, reliable, and tough machine, the likes of which the world had never seen before.

It should be noted that there were other vehicles LIKE this one built, but this was the only Sno-Freighter constructed. The giant, 10-foot tall Firestone tires found on Big Foot 5 actually came off of a later project that was like a scaled up Sno-Freighter.

Mad Mike Whiddett And His 4-Rotor Mazda Wants To Rip Your Face Off - Listen To The Racket This Thing Makes Video: Hit And Miss Engines At Work - These Old Mills Revolutionized Life As The World Knew It 100+ Years Ago