Viking Funeral: Sending A Detroit 8V71 Off In One Last Fiery Farewell 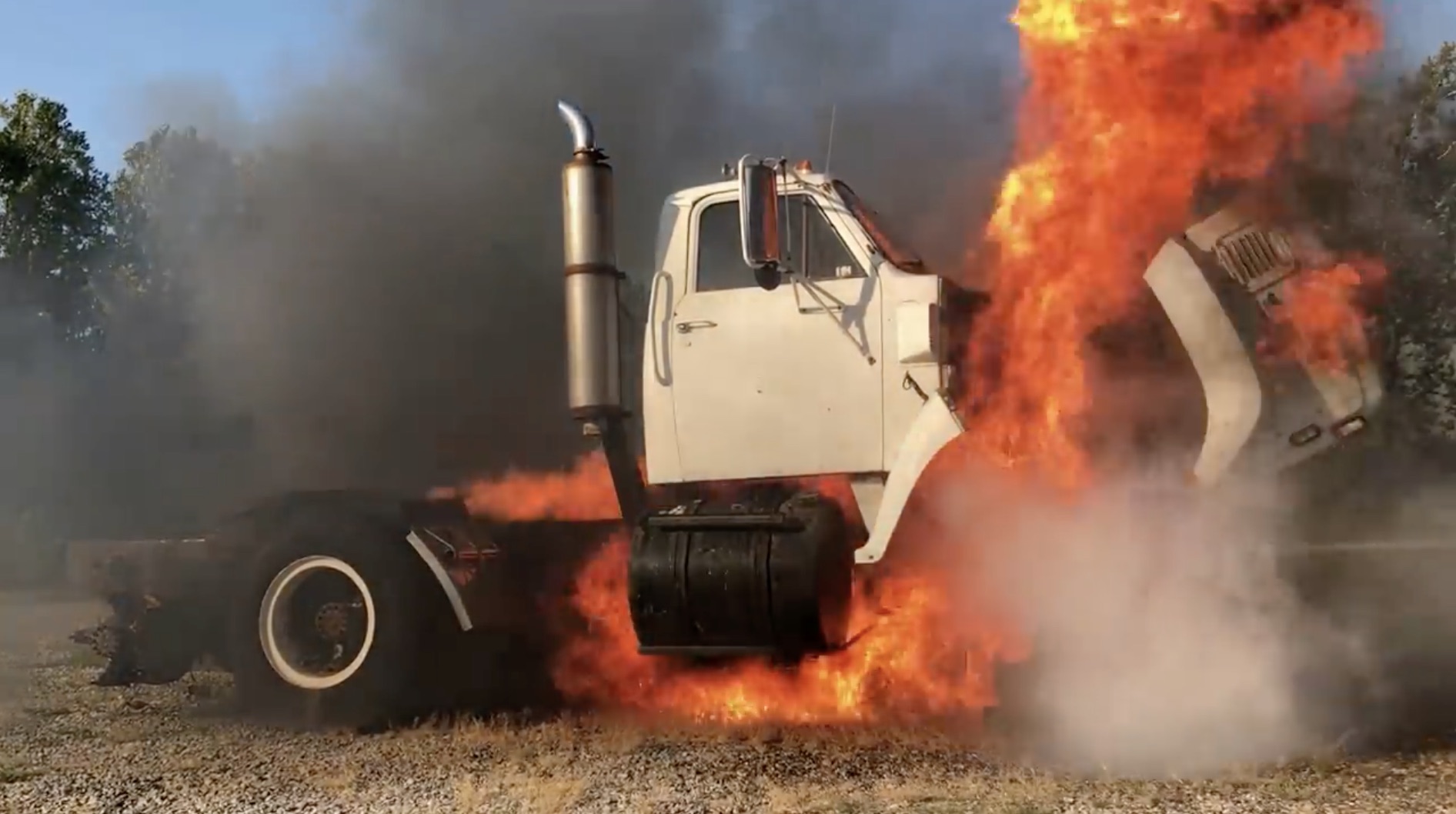 Nobody wants to see the end to anything they cherish and hold dear. We mourn and feel anguish when a loved one dies. We shed tears and console ourselves as best as we can when a beloved pet makes the trek to the Great Beyond. For some, the end of a sports season actually brings about a depression. For others, a change in seasons will do the trick instead. You can’t help the death of a living being, the seasons will change around once more, and baseball will return next spring. But this Detroit Diesel 8V71 isn’t coming back. It’s done.

The story of this GMC 9500 is pretty vague up to the last few years of it’s life. After a bearing failed and a subsequent tow job by a tractor opened up the radiator, the truck was deemed unworthy of repair and was left behind a shop for over a decade. Ultimately, the decision was made to scrap the old GMC, but before it gets ripped apart and sent away for scrap, there is the Detroit under that nose that has a date with death. We’ll admit that we’re cringing with you, readers, because that engine sounds pretty solid on startup when they are just messing around and seeing if everything is ok. But ultimately the governor is removed, the rack set to wide open, and the key is turned for the last time. As the engine is both force-fed and worked into a runaway scenario, you have to wonder how long it’ll last. Eight minutes is the time between final fire-up and the fireball.

5 thoughts on “Viking Funeral: Sending A Detroit 8V71 Off In One Last Fiery Farewell”