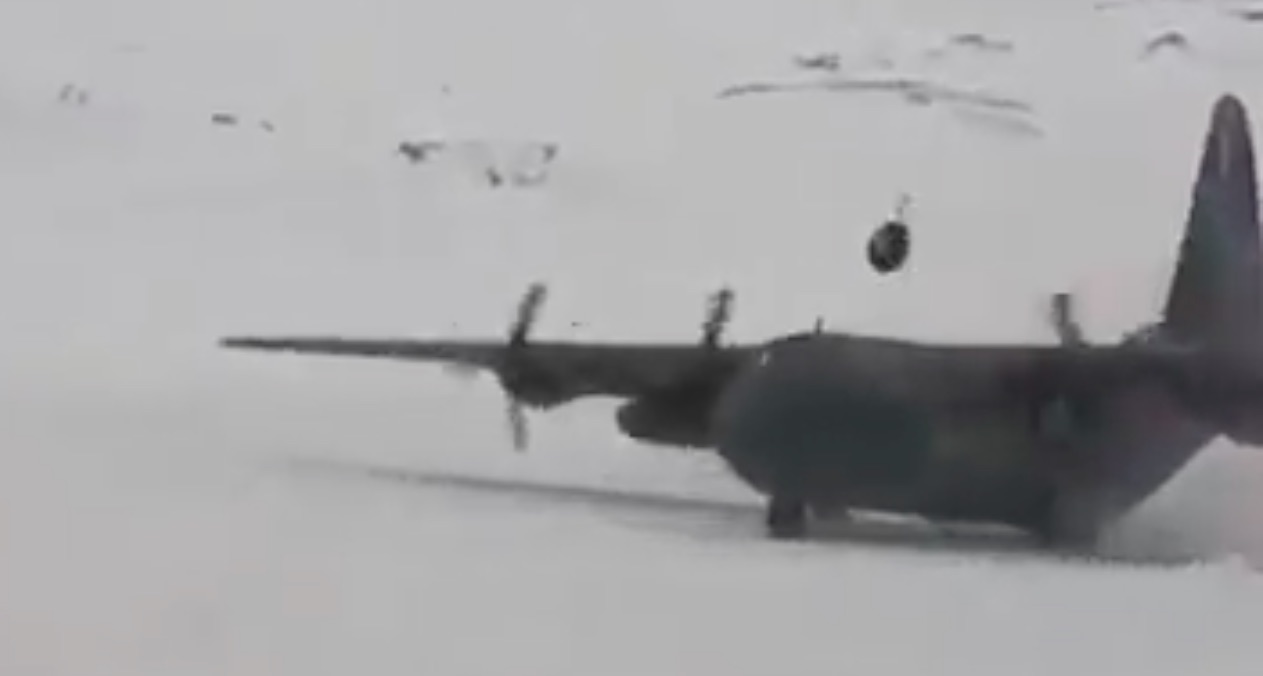 See that thing flying above the Brazilian operated Hercules airplane in the photo above? That’s the landing gear, or at least half of it. What you are going to see is one of the most amazing aviation videos we have ever shown on the site.

Apparently the pilots came in too low and tried to touch down too early, catching the landing gear in the rear left of the plane and effectively ripping it off. The pilot continues the landing process and then does an amazing job to keep the plane as level as humanely possible before it finally slows down enough where he no longer gas full control over the machine. You’ll see fire and other destruction as the props hit the ground and (we’re guessing) the engines on that side of the plane blow up. This had to have been one hell of a ride and not in a good way, either.

The next question is what happens after the dust settles. After all, you are in Antarctica. This does not seem like the kind of place where you can just fly in fresh parts and start to make repairs. Between the weather and the fact that they likely do not have any of the tools or equipment necessary to fix the thing, this gets scary quick. Heck, there’s the issue of having a dead plane effectively on the only runway they have to use!

Anyone out there know the after story on this one? Scary stuff.

Press play below to see a wild landing in Antarctica!