You’re Welcome, Lohnes: This 1956 GMC Is Brought Back To Life After 26 Years In A Field 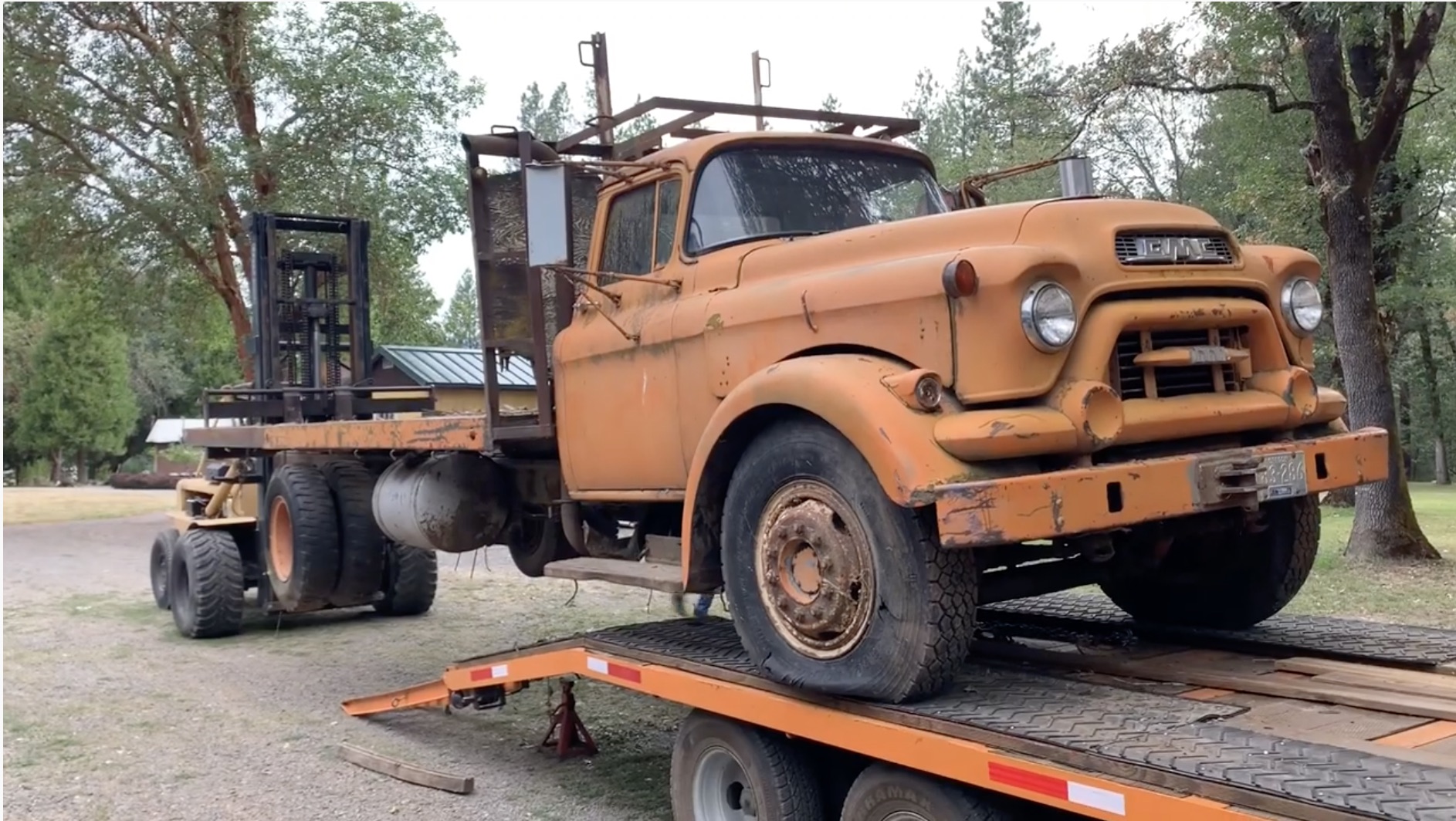 You know, it doesn’t seem right that Lohnes doesn’t have a project vehicle. We know, we know…he’s super-busy with his NHRA duties, and we wouldn’t want to take a second away from his dream job. The dude is amazing at what he does. But I almost get the feeling that every now and then, when he’s alone in his office and the kids are asleep, that he sits at the desk and pictures the dash of Brutus or Goliath and reminisces about stirring the gears while moving along, gaining speed like my Cruze while it’s climbing the eastern face of Pikes Peak, the engine rumbling away, and feels a ping of regret.I don’t want him to feel regret…I want him to be happy. Sounds campy, I know, but the guy was the one who offered me the job I’ve been enjoying for years now.

So, whenever he needs a momentary distraction, he can check out the video of this 1956 GMC’s return to the living. Powered by a Detroit Diesel, the truck has been sitting for 26 years and looks to have been down for a lot longer. It’s perfect…old lines, old diesel, character for days, and a promised letter from the HOA that will be one hair short of a full nuclear meltdown. And hey, who knows…apparently this rig is for sale if he moves his hind end fast enough! What would he name this one, I wonder?

Billy Morris Wild Top End Ride In "Problem Child" Camaro at Spokane! The Bikes Of Bonneville: Nothing But Motorcycles From Bonneville Speed Week 2019

One thought on “You’re Welcome, Lohnes: This 1956 GMC Is Brought Back To Life After 26 Years In A Field”