Gasser Greatness: This 1932 Ford Gasser Has Amazing History and A Killer Backstory – You’ll Love This 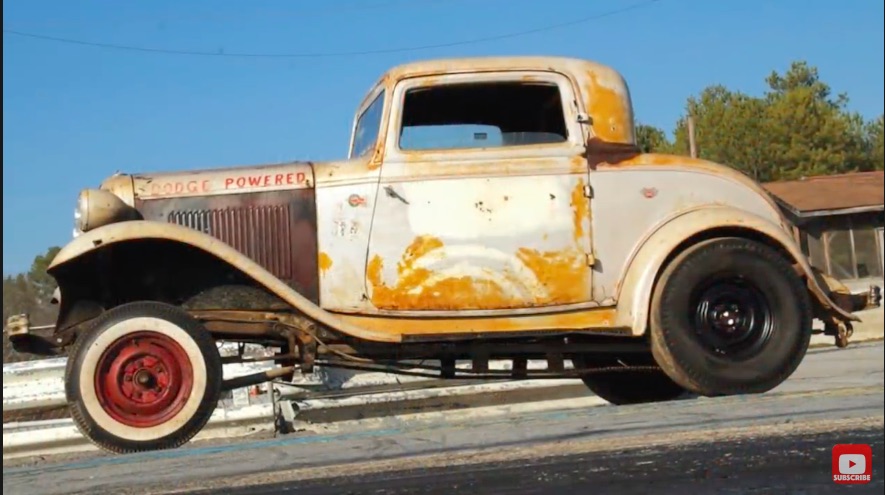 How often have we said, “Man, if only this car could talk!” in relation to a killer car that much be chock full of cool stories that no one knows. What if, instead of the car talking we can have the people who owned and operated it through the years do the talking? Normally we’re talking about an impossible task, especially when it comes to an old race car, right? People move on, disappear, pass away, it’s just not something that ever happens.

Oh yes it does.

This video from Tommy Lee Byrd’s Hot Rod Hoarders YouTube channel is spectacular because it tells the story of a 1932 Ford three-window coupe gasser from when it started hauling in the 1950s until today where it continues to hit the strip out west. All the guys that owned and raced the car through the years have been able to reconnect and tell their stories and the way that this machine was built, raced, powered, and shuffled around is just top shelf.

We know you are going to love this!

The Price of Freedom: Cleetus Goes Through The Costs, Repairs, and Investment In The Freedom Factory - Track Repairs Begin! 2020 AACA Fall Meet Coverage: Photos Of The Vintage Iron That Showed Up In Droves!

One thought on “Gasser Greatness: This 1932 Ford Gasser Has Amazing History and A Killer Backstory – You’ll Love This”