Collision Rescue: This 1970s Film Shows How Awesome And Handy The Hurst Jaws of Life Were and Are! 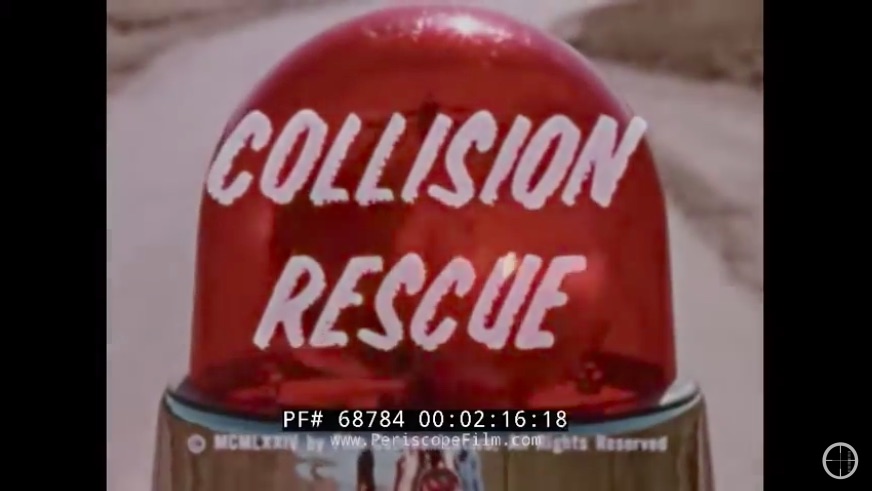 This is a cool piece of video from the 1970s that was used as a promotional/training piece for what seems to be selling the Hurst Jaws of Life and its many uses in aiding people in car accidents. The setup here is simple. There’s a family cruising in their Pontiac on the way for a relaxing day in the country and there’s a couple of kids zipping along in their Dodge Dart going too fast and generally not paying attention to what they are doing. Well, we know how this movie ends and the two cars pile into each other, causing massive carnage and destruction for the responding firemen to figure out.

This is where the good part starts. It is really cool to see all the different usages and methods employed by the rescuers to get the people out and just how they do it. We may think of the jaws of life as a cutting tool but as we’ll here here, it is used as a metal mover, as a winch type deal, as kind of an expanding wedge to force things apart, and a while lot more.

Cars today are built a lot better than they were 50 years ago, that’s a fact. The way that they deform and dissipate energy in a crash does not even compare to how these old lumps of twisted steel and sex appeal do it in the video. The materials, engineering, and construction are hugely advanced over what you will see here but there are some needs that remain the same.

People still crash cars. They still bend, warp, and deform. Victims still need to be rescued, removed, and transported to medical care. The foundation of what you see first responders doing today is rooted into what you’ll watch in this video.

Press play below to see this 1970s film called Collision Rescue, which is awesome –

The Internet Says That Using A File This Way Will Ruin It! Does The Internet Have A Clue? Video: Ripping Around Tokyo In A 700hp 2JZ Swapped Rolls Royce Phantom - This Is Beyond Awesome!

One thought on “Collision Rescue: This 1970s Film Shows How Awesome And Handy The Hurst Jaws of Life Were and Are!”