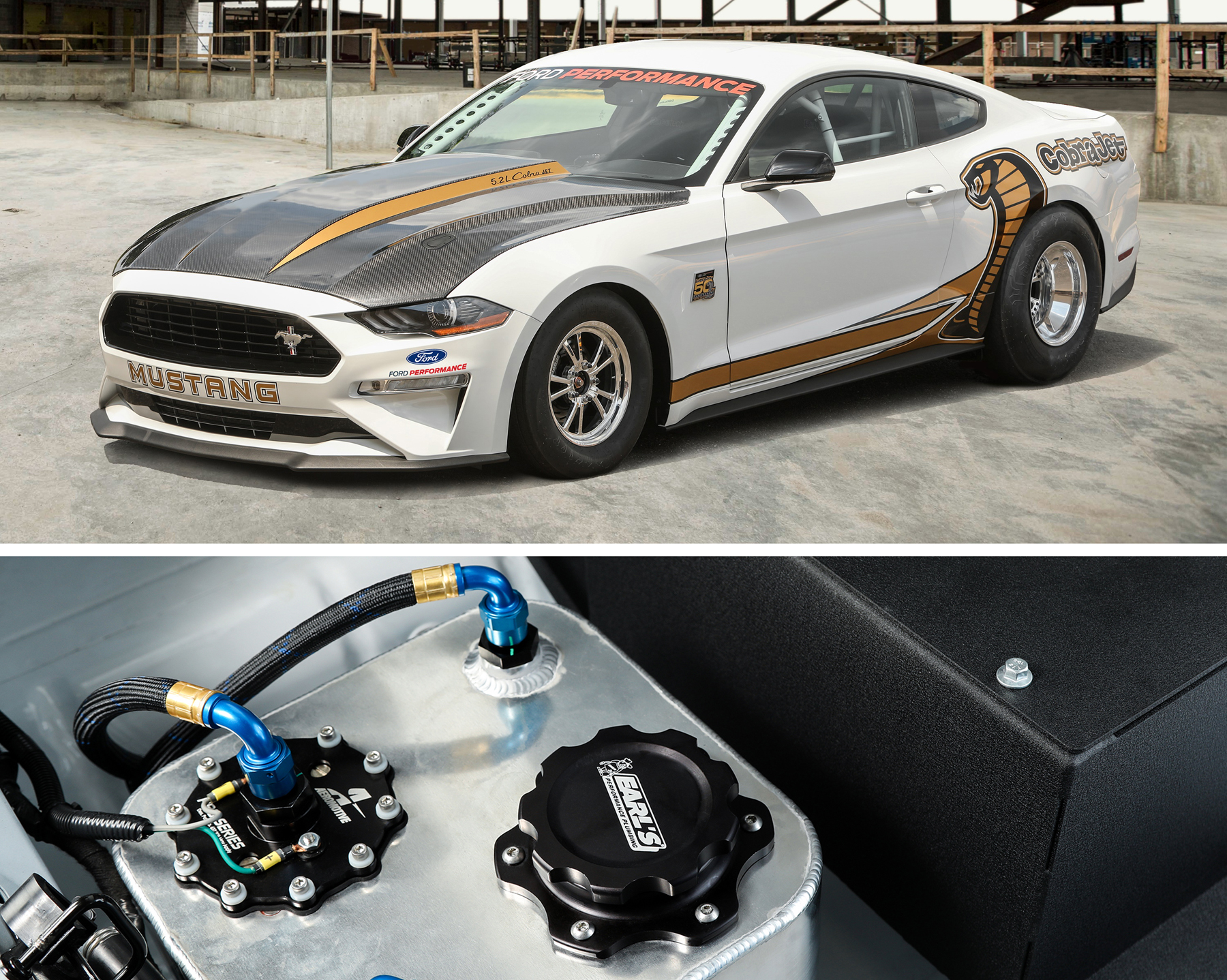 If there is one thing that fans of the Ford Mustang Cobra Jet know it is that the fuel system that Ford specs for these cars is going to be rock solid. The 2018 50th Anniversary Mustang Cobra Jet is Aeromotive fueled and capable of 8-second runs right out of the box. Every Cobra Jet ever built by Ford since the 2008 reintroduction has been fueled by Aeromotive and as the cars have grown, so have their fuel system capabilities.

This 50th anniversary car is pretty gnarly. Using the combine knowledge of 10 years into the development process will undoubtedly deliver a car to its owners that is quick from the factory but downright brutal once they have been pulled apart, tweaked, and really made into the 7-second capable race cars needed to compete at the top of NMCA, NHRA, and other competition around the country.

Here’s the story from Aeromotive!

Lenexa, KS, (August 20, 2018)…In celebration of the 50th anniversary of the Mustang Cobra Jet, Ford Performance unveiled last week their new limited production, drag racing special Cobra Jet at the Woodward Dream Cruise in Detroit. Ford described it as the fastest production Mustang on the drag strip, capable of quarter-mile times in the mid-eight-second range trapping at 150 mph. Fueling this hot new machine down the track is Aeromotive’s Pro Series Fuel pump.

While horsepower figures have not been released yet, prevailing thought is that it will be substantial considering it comes with a bored-out 5.2-liter version of Ford’s Coyote V-8 and a 3.0 liter Whipple supercharger. Additional features include a nine-inch solid rear axle, height-adjustable coilovers, an NHRA-certified roll cage and FI-certified racing seats. Only 68 of the commemorative Cobra Jets will be built with a choice of two color options: Race Red or Oxford White. The price is set at $130,000.

Aeromotive president, Steve Matusek says, “As a company, we are intrinsically involved in the drag racing market and consistently use the track for serious product testing. To be chosen by Ford to provide a high performance fuel system for the 50th Anniversary drag racing special Mustang Cobra Jet is a terrific honor and a testament to our reputation for quality.”

For more information about the 50th Anniversary Ford Mustang Cobra Jet Dragster, or Aeromotive fuel system components, visit the Aeromotive website, email at [email protected], or call 913-647-7300 to speak to one of Aeromotive’s technical specialists. 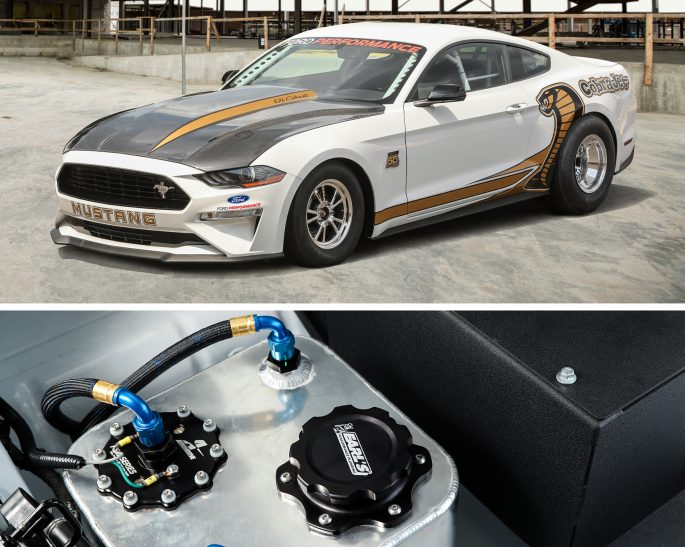