BangShift Question Of The Day: At What Point Does Modifying A Vehicle “Ruin” It? 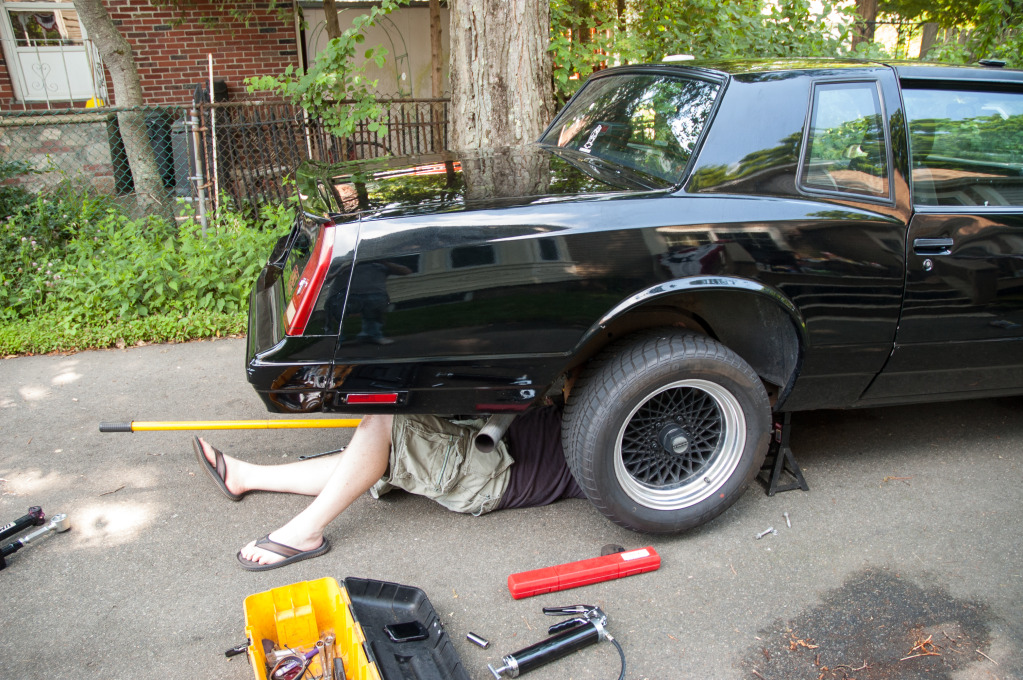 Today’s Question Of The Day stems from an age-old dilemma that I’ve personally faced many times with many cars and I’m sure that the majority of you fellow BangShifters have faced as well with a bone-stock vehicle: “Should I modify it or leave it as-is?”

I’m personally debating this right now with my ’87 Monte Carlo LS as it’s a bit of a fresh start compared to my ’87 Monte Carlo SS, which was ridden hard and put away wet for years before coming into my possession, at which point I admittedly did not take much better care of it for the first few years of the decade that I have been its owner. Sure, I’ve added a bunch of “go-fast” parts to the SS (Some of which have made it slower…), but in the process I was also dumb enough to remove the heater box and spend more money on things like the suspension instead of, oh, I don’t know, making sure the t-tops don’t leak all over me when it rains. Don’t get me wrong, I love the car, but it definitely isn’t my G-body of choice for those chilly Spring or Fall mornings with rain in the forecast. 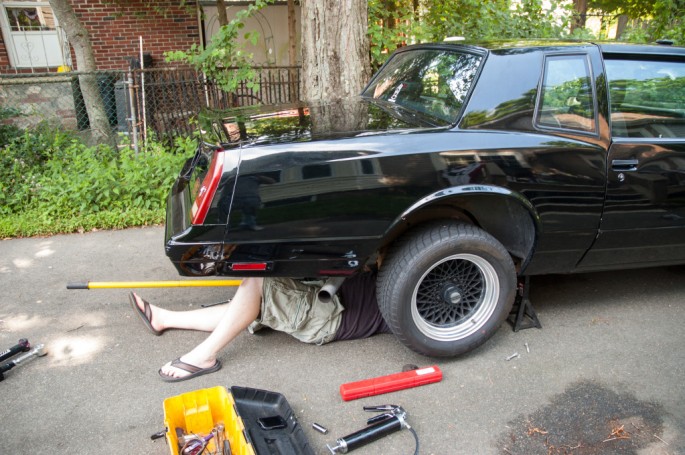 Proving out my point, here’s Lohnes busy helping me install some aftermarket control arms. Perhaps the correct answer as to when a vehicle is ruined is “When Brian gets his hands on it”?

This is where my dilemma with the Luxury Sport Monte comes into play, as it was a bone stock car when I bought it, complete with bench seats, small cigarette burns in the upper door panels, and 2.41 “I’m ready for Bonneville” gears.

I’ve already started down the slippery slope of adding uprated springs, performance shocks, bigger brakes, and better wheels and tires, but for the most part all of these modifications have made the car better to drive, not worse. Of course, now that I’ve owned the car for a few months I’m really getting tired of the wimpy 160 horsepower LG4 305 and terrible gearing and that 5.3L Gen III V8 I have sitting in storage is looking mighty tempting, but at the same time I really can’t deny how well the old quadrajet-fed mill has treated me this winter, starting up without fail even in sub-zero temps. Heck, this video shows how easy the engine fires up after sitting in below-freezing weather for several hours, and it does this every time.

So, what’s your take on this one? I’m not looking for specific advice on my car, but instead looking for insight as to when modifying a vehicle “ruins” it. Are you a purist who believes that it’s ruined once you replace the first part with anything other than a factory replacement, is “to hell with it, modify away” your attitude, or somewhere in-between?

36 thoughts on “BangShift Question Of The Day: At What Point Does Modifying A Vehicle “Ruin” It?”