BangShift Question Of The Day: Do You Have Any Great Wintertime Hoon Stories? 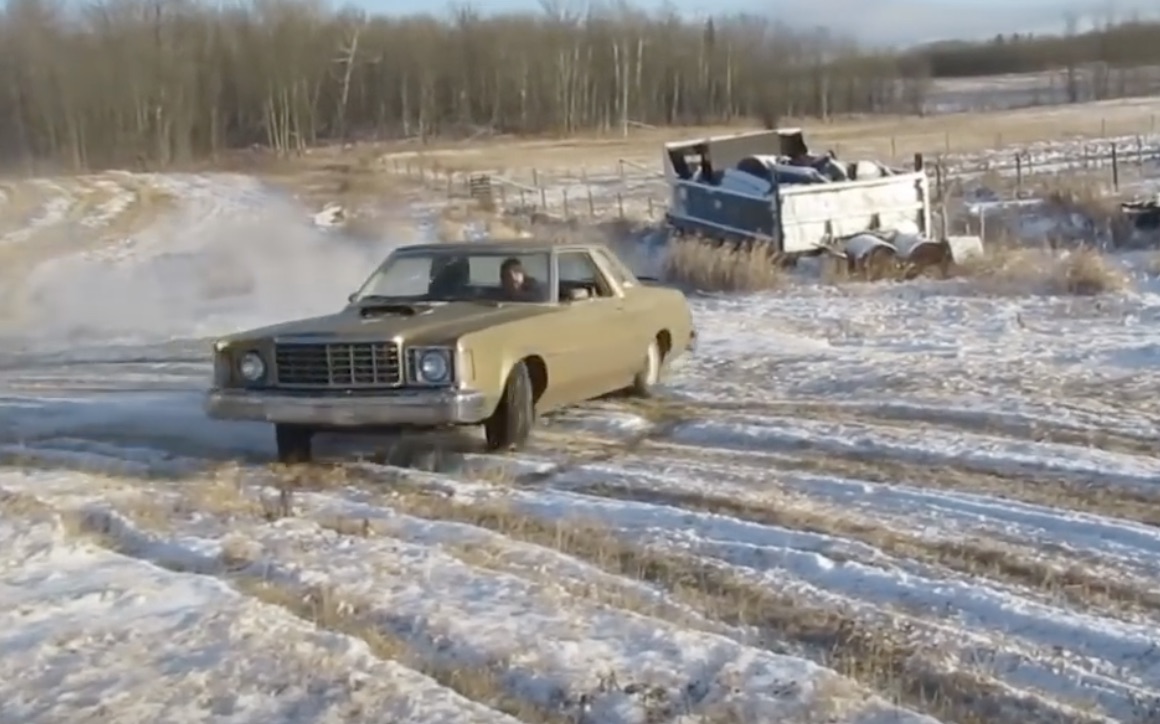 For someone who spent a lot of time growing up in the shadow of Pikes Peak, I am not a fan of snow. At all. Sure, nothing’s prettier than freshly-fallen snow clinging to the trees and blanketing the lawn.And yes, it was fun sledding and having snowball fights with the other kids in the neighborhood. But you know what isn’t fun? When Grandma dresses you up to look like a rustling, multi-colored plastic marshmallow, hands you a snow shovel and tells you to get after it. Shovelful after shovelful, you learn to hate the snow. As you get older, and you have to drive in dirty, sloppy, slushy stuff (or worse, roads covered in sheet ice that leaves city buses spinning around like a hippo in Fantasia) you begin to dread every time the weather guy mentions snow. And if you’ve ever been trapped in a blizzard…well, you get where I’m going with this.

But snow can still be fun for the gearhead. An empty parking lot on a snowy, icy day is suddenly God’s gift. You want to practice drifting but don’t want to pay for a set of shred tires? You’re welcome. Love drift-bashing with a big, 1970s chrome bumper? You’ve got it. Lived out in the country and kept the car sideways through the better half of a cow pasture thanks to the fluffy white stuff? You’re a freaking legend, mate. I’ve got my fair share of snow fun stories. There was a few years back when Lohnes and I went four-wheeling in late-model Jeeps in Maine at the invitation of BFGoodrich, or the year before when he went up with Nutting. But the best stories come from the “young and dumb” file, and include the year I broke a battery tie-down and managed to tack-weld my 1978 Chrysler LeBaron’s battery directly to the hood, or the infamous 2002 ice storm incident that saw a few young soldiers playing “Crack The Whip” by hanging off of the tailgate of a Chevy Blazer in a Little Caesar’s parking lot. And just about every year, there are snow donuts somewhere, sometime. You have to keep those driving skills honed somehow!

So, we want to know: what are some of your best winter driving stories?

Money No Object: 1965 Dodge D100 - When The Truck Became More Eff Your Prius: Tuning A C5 Corvette For 40 MPG Without Giving Up A Ton Of Power

5 thoughts on “BangShift Question Of The Day: Do You Have Any Great Wintertime Hoon Stories?”