BangShift Question Of The Day: How Much Of An A-Hole Driver Are You? 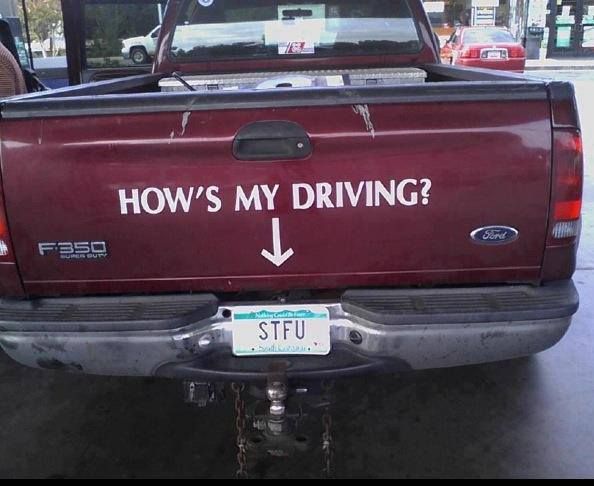 Anyone who asks me how I would personally describe my own driving style will get the same answer: in the typical day-to-day I’m conservative borderline prudish, but get me in the right moment at the right time and I feel comfortable enough, and all hell will break loose. Day to day, I’ve got nothing to prove to anybody and I’m not out to race every last car on the road. I’ve yet to be in a traffic accident that is my fault, and I grew out of my “burn the tires off every time I turn right” phase in high school. Tires are freaking expensive, my insurance costs are FINALLY within the realm of reason and I have no intention of screwing that up. There’s too many playgrounds around where I live to offer up the excuse of “not having something close by”, and Interstate traffic usually moves along just fine at proper speeds.

But that’s if you ask me. Ask people who have ridden with me what I drive like sometime. Ask the two guys who were in the car with me when I accidentally got air while pushing triple-digit speeds on a Texas country road. Ask the friend of mine who was in the car with me when I decided that an on-ramp was the perfect place to start bangshifting my old four-speed cop car like I was running from the cops. Ask my ex-wife, who learned what that cop car was all about when I drifted it in the neighborhood we lived in at the time, or the neighbors about four months later when some red brick of a car they couldn’t identify was doing burnouts on the access road. I can tell you I’m a saint. There’s plenty who will tell you that I’m a sinner.

But am I what would commonly be referred to as an “asshole driver”? I doubt it. I signal, I don’t tailgate, I don’t brake-check, I don’t get pissed off in traffic (except in Philadelphia, and if you know, you know) and I’m not doing stupid things like weaving in traffic or last-minute merging. On the Interstate I play by autobahn rules (stay right except to pass, pass quickly and get the hell over). So, for today’s question, go ahead and rate yourself: are you an A-hole driver with a gold star, or are you somewhere between good and evil?

Don’t claim sainthood, either. This is BangShift, after all. If you’re reading this, chances are good you’ve signed your name in melted rubber on some street somewhere…

We Want The Next Turn: Ride Along In A Legends Racer At Castelletto Circuit! NHRA Winternationals Photos Continue With Pro Stockers Hauling Ass

15 thoughts on “BangShift Question Of The Day: How Much Of An A-Hole Driver Are You?”