BangShift Question Of The Day: What Was Your Dumbest Teenage Stunt, And Did You Get Away With It? 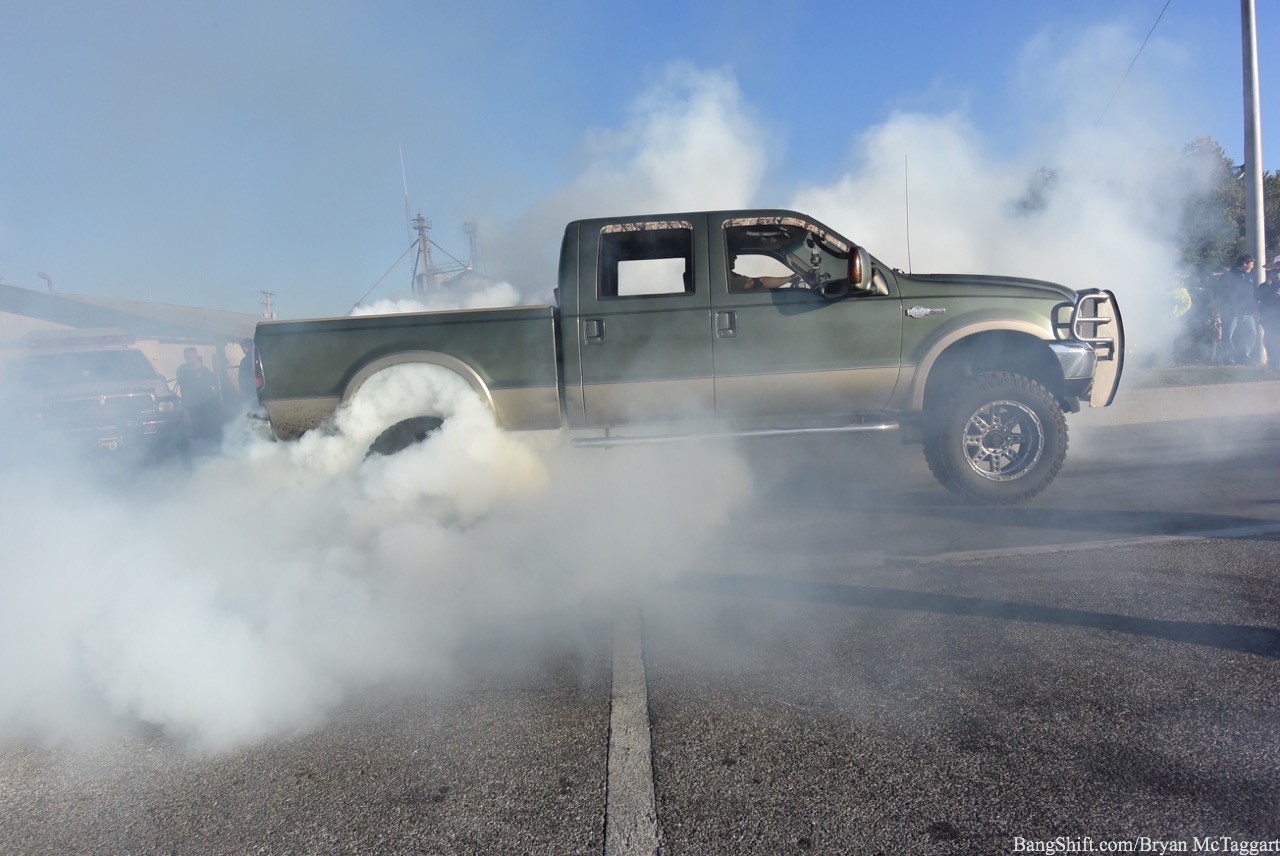 Sergeant Tracy Frost, a school resource officer, had noticed a hopped-up pickup truck with a high-school kid at the wheel last week. The driver noticed the cop, looked him dead-square in the eyes, and proceeded to light ’em up…the rear tires, boiling, in front of the school cop. That takes shiny brass ones…or overconfidence bolstered by a slight oversight. Once Frost had the kid pulled over and had proceeded to lay into him left, right and center, he learned why the kid had no trouble going full John Force right in front of the cruiser. Per the Boston Globe:

The student, confident he did nothing wrong, told Frost, “You can’t do anything about it anymore,” Frost said, and then pulled out his smartphone to show the officer a news article that claimed Maine’s Supreme Court had ruled recently that burning rubber is “now protected free speech.”

Oh, if only. What happened was that the student had read a satirical bit of writing that had a faked quote from a “chief justice” that really was making fun of hopped-up pickup trucks. Junior, however, saw it as the gates of Heaven opening and a hand offering up a full-on pass. Luckily, the only thing that the truck driver got was a good ass-chewing and some internet fame after Frost wrote about the incident on the department’s Facebook page. No ticket, just a lesson to double-check legal references before you go punishing some Nittos in front of the cop car. 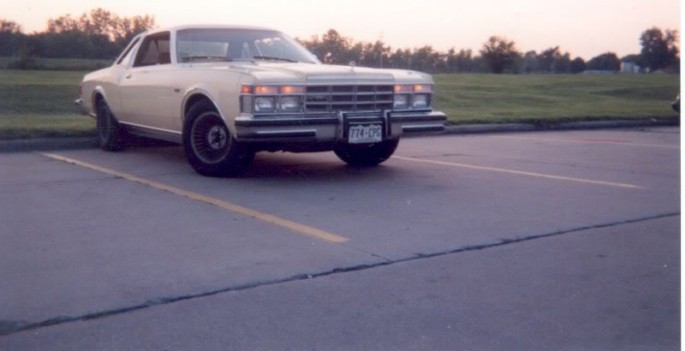 It’s an interesting story, but it brought up a memory of one of the many things I did with a car in my teenage years that fell directly under the category “Stupid Shit”. That 1978 Chrysler LeBaron was my second high-school ride (my first was the 1987 Monte Carlo SS that preceded it) and my eighth car total. It was a good ride, tolerating not only my abuses but cross-country trips…this was the first car I drove across the country, and I did it in the dead of the winter in 2000 when I moved from Colorado to Illinois. Part of that move involved a new high school, and that school had an open campus policy…that meant that if I moved my ass, I didn’t have to suffer cafeteria food. I could make a run up the street to Subway, or McDonalds, or whatever and enjoy a few minutes away from school. One rainy day, I was in a particular hurry to leave. 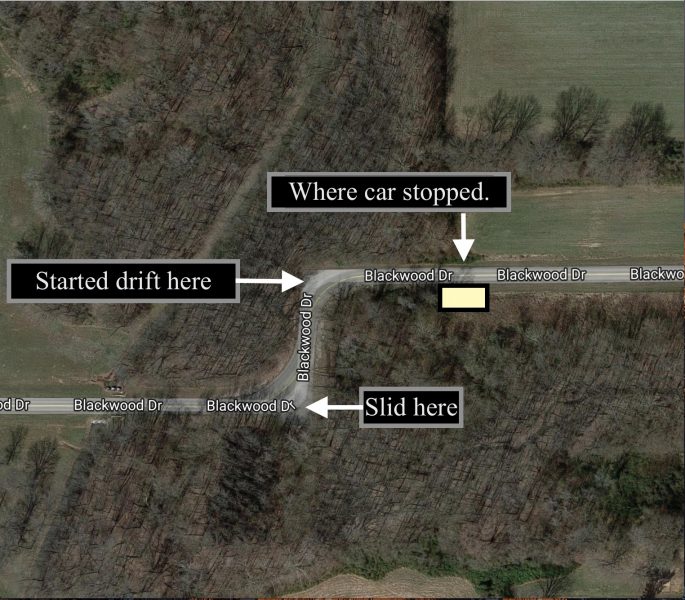 This was completely my fault, but in my rush to get to “real” food, I took that brilliant Z-shaped chicane way too fast. I started a power slide when I came out of the left-hand kink, and didn’t let the Chrysler calm down before hitting the right-hander. I was having a blast with delusions of the General Lee sliding around on dirt in my head as I was whipping that barge around. But coming out of the right-hand kink, the car was too far gone to correct and I wound up spinning into the grass, nose facing where I just came from…just in time to see a staff member drive past with a facial expression that told me that this story would make it home before I ever would. It did, and I only heard the line that told me that I needed to look for the life lesson in the story from my dad: “Bet you won’t do that shit again, will you?” I guess I got off easy because it was my car and it was a no-harm, no-foul situation. He wasn’t so easy-going when he learned that I was using his Grand Prix to repave some roads around Southern Illinois.

So there’s one of my stories from high-school that I look back on with a tinge of regret. What do you have, and better still, did you get away with it, or if you weren’t so lucky, what was the fallout like?

13 thoughts on “BangShift Question Of The Day: What Was Your Dumbest Teenage Stunt, And Did You Get Away With It?”